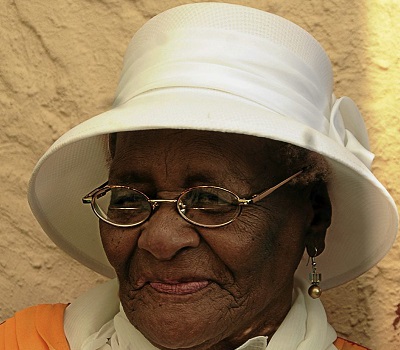 “A divided house will lead no-one, nor shall it be followed by anyone. We must sort our internal problems in our movement. Not allow outside forces to bring in division and de-focus us. We must remain focused on the strategic objective,” said Mapaila.

He was speaking during a virtual memorial service honouring the life of Kotane, who was anti-apartheid activist and freedom fighter. Kotane — the wife of the late former SACP general secretary Moses Kotane who died in Russia in 1978 — died on Sunday, a few days before her 109th birthday.

“At times revolutions can stagnate and when they do so, they begin to lose support from the people. When a revolution has reached a point of stagnation, like ours, we need to rejuvenate it. We need to look at the examples of leadership that have been there over the years and change the behavioural pattern. It is in this regard that the leadership of mam’ Kotane comes in handy.”

Mapaila expressed his unhappiness with the state of Moses Kotane’s burial site.

“We need to improve that facility where they (Rebecca and Moses Kotane) are buried. When we went to bury her (mam’ Kotane) in Pella, we had to start with basic things like cleaning the place where she lives ... From the SACP’s side, we are not happy with the manner in which that monument of Moses Kotane is being looked after.

“It was just like a structure that was erected and no appropriate attention is being given  to that monument. I have also seen the monument of John Langalibalele Dube is being looked after ...”

ANC Women’s League president Bathabile Dlamini said Kotane was a living legend who was very loyal, committed and resilient. She called on all South Africans to pick up the spear and fight for the total liberation of the country, to remain focused and ensure that no-one dies of Covid-19.

“There must be an end to the violence on women and children, we need the expropriation of land without compensation, free quality education and radical economic transformation,” said Dlamini.

Kotane’s son, ambassador Sam Kotane, said his mother was a tower of strength to the family. “When her husband left the country she was left alone to fend for the family. She had to make sure that we went to school and it is because of her that we are who we are today. We are grateful to her, she lived a very long life. She has run a good race. Like Johnnie Walker, we say, she kept walking but she is no more.”

“The Kotane name means a lot for South Africans and Russians alike. They played a crucial role in forging relations between the SACP and the ANC. We take pride that the Soviet Union played a part in the development of such important people in SA. Despite all the challenges, she remained faithful to the just course of the movement.”

The SA Communist Party has called on its alliance partner, the ANC, to stop using important gatherings and conferences as factional battlegrounds.
News
1 year ago

SACP general secretary Blade Nzimande has called on South Africans to watch out for corruption and “state capture networks” in the sourcing of ...
News
1 year ago
Next Article