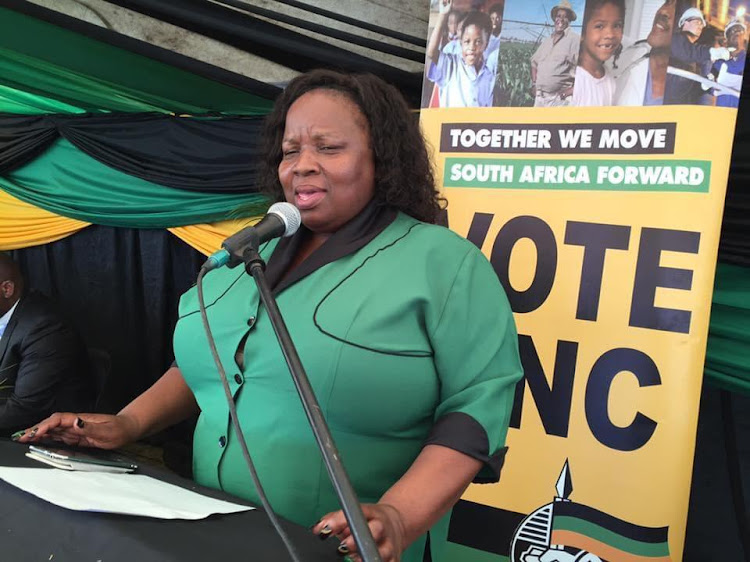 The ANC is mourning the loss of four KwaZulu-Natal stalwarts - Zwelifile Christopher Ntuli, Nompumelelo Bridget Ntshangase, Nonhle Mkhulisi and Alfred Duma - who all died within a few days of each other.

Former chairperson of the ANC and ANC Women’s League in Musa Dladla and district mayor of the King Cetshwayo municipality, Mkhulisi died on Thursday after she was hospitalised since December 31.

She served on the KZN provincial executive committee (PEC).

In a statement, KZN MEC for co-operative governance & traditional affairs (Cogta) Sipho Hlomuka described Mkhulisi as a “rare breed” of public representative who helped shape the sphere of local government in our country.

“In her, local government in our province has lost a formidable leader who understood our communities and sought to serve them with integrity until her final days. As a province, we are lost for words, for we have truly lost the best among us,” said Hlomuka.

“We have lost a humble servant who worked diligently for the people of our province and the King Cetshwayo district. Her passing leaves a deep void in the sphere of local government in KZN.”

At the time of her passing, Mkhulisi had been serving as the chairperson of the KwaZulu-Natal chapter of the South African Local Government Association (Salga).

KZN premier Sihle Zikalala said in a statement: “It is with shock and sadness that we have learnt of the passing of mayor Mkhulisi. The depth of pain we feel is unspeakable. Even though we were aware that she was unwell, we have been nursing the hope that she will keep fighting the nemesis of illness and recover.”

Zikalala said her death came at a time when the province was still mourning the loss of another former leader.

“Mayor Mkhulisi led the district command council and marshalled all municipalities to provide a formidable response to the Covid-19 pandemic. The news of her death comes as we are still licking our wounds and have still not recovered from the sad departure of MEC Bheki Ntuli, who hailed from the same district,” said Zikalala.

Zikalala said Mkhulisi was a leader in the fight against gender-based violence and femicide.

“Councillor Mkhulisi was one of the most exemplary leaders who was unflinching in tackling the challenges of development, especially for our rural communities. A former MP and of the provincial legislature, she was one of the most honest, hardworking and committed servants of the people of KwaZulu-Natal.”

Duma, who was 94, had been part of Umkhonto we Sizwe since joining in 1961, and was recognised as one of the many brave men and women who fought for the liberation of SA. During the banning of the ANC, Duma faced political imprisonment from 1964 to 1974.

“Duma held a special place in the hearts of many in the province for his bravery as he stood against the apartheid regime. In him, the province and country have lost a fountain of wisdom. They have lost a dedicated activist who served the people of SA with integrity at the risk of his own life,” Hlomuka said.

In 2016, after the amalgamation of the Indaka and the Emnambithi local municipalities, residents decided to name the newly formed municipality after Alfred Duma in honour of the hero of the struggle.

Ntuli, who was a former leader of the ANC’s Durban South region, played a critical role in ensuring the existence of the ANC in rural parts of the province and building relations with amakhosi (traditional leaders). In 2009, he was deployed by the party to the National Assembly until 2014, and then was part of the KZN legislature until 2019.

Ntshangase, the former treasurer of the ANC Youth League in the eThekwini region, succumbed to a short illness on Sunday.

She was deployed by the ANC to the KwaZulu-Natal legislature in May 2019 and served as the ANC whip until the time of her passing.

KwaZulu-Natal is set to receive its first Covid-19 vaccines on February 14 for a massive rollout programme in which 163,256 health personnel will be ...
News
1 year ago

KZN schools ready to open, but not all pupils will be in class on the first day

Platooning and alternate days and weeks are on the cards for many KwaZulu-Natal pupils when schools open on February 15.
News
1 year ago
Next Article