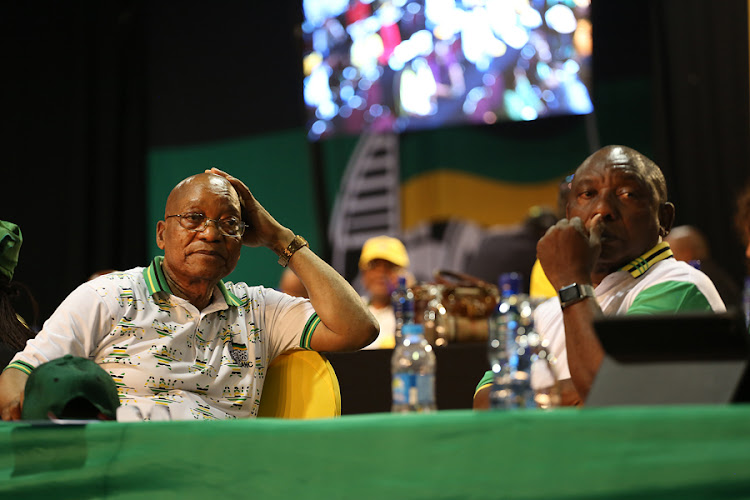 Rogue intelligence operatives were called back from the wilderness to infiltrate the ANC 2017 Nasrec elective conference.

This was evidence presented at the Zondo commission on Friday.

“Ms K”, a masked witness testifying at the state capture inquiry, revealed on Friday that members of special ops were very much involved in the affairs of the conference that elected Cyril Ramaphosa into the ANC top job.

Operatives belonging to the Chief Directorate of Special Operations (CDSO), which was “purportedly” disbanded by then spy boss Arthur Fraser in 2016, were deployed to the watershed ANC conference.

The special ops, the commission heard this week, was doing rogue intelligence to serve former president Jacob Zuma and his political allies while it was weaponised against his political foes.

Zuma at the time had thrown his weight behind his ex-wife Nkosazana Dlamini-Zuma to be elected ANC president.

The spooks were called back by Fraser, who approved the Nasrec operation, the commission heard.

And it was not a cheap mission, as R19m in hard cash was collected from the SSA on the day before the official start of the conference.

Of this amount, the commission heard, R5m was spent on the “kingmaker”.

“It would not be peculiar to have SSA members at such an event because we have special events that would be managed by SSA in a supporting role to a certain extent,” said Ms K.

“But what stands out for me when we looked at this CDSO, [it] was purportedly closed in 2016 or early 2017 and most of the members of the unit had to go home and remained unplaced. Yet when it was time for Nasrec, they were called from home to partake in whatever this operation was for them to be present at Nasrec.”

Zondo quizzed Ms K as to whether the SSA also deployed spooks to conferences of opposition parties in a “supporting role”, like they did at ANC events. She responded in the negative, saying the supporting role in the ANC conference was because there were a state president and government ministers in attendance.

“But there would also be a premier in a DA event,” said Zondo.

State security minister Ayanda Dlodlo has vowed to keep a close watch on developments at the Zondo commission after her unsuccessful bid to block her ...
News
1 year ago

The ANC government which paroled apartheid state assassin Eugene de Kock spent R200,000 a month in taxpayers' money for his upkeep, the Zondo ...
News
1 year ago
Next Article