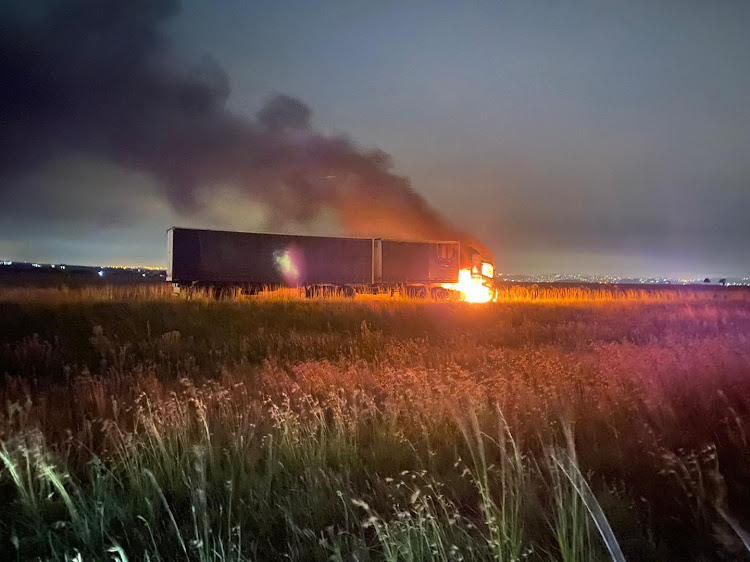 Several trucks were set alight on the R59 near Alberton in Gauteng on Thursday night, the Ekurhuleni metro police department (EMPD) said.

Mokheseng said the scene was only cleared around 7am on Friday.

Further details were not immediately available.

Gauteng police spokesperson Capt Mavela Masondo said a statement would be released during the day.