MTN is the latest mobile operator to take ICASA to court 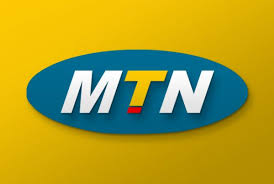 The legal disputes threaten to delay the auction that is expected to be held by the end of March.
Image: Stock Image

MTN is the latest mobile operator to take the Independent Communications Authority of South Africa (ICASA) to court, after smaller rival Telkom sought the court's help in December to halt the sale, a move ICASA says it will challenge.

The legal disputes threaten to delay the auction that is expected to be held by the end of March.

Operators have been waiting more than a decade for ICASA to release new spectrum licences seen as vital to attract new investment and help lower costs for operators and users.

MTN is challenging ICASA's decision to put operators in two categories, putting MTN and rival Vodacom in Tier 1 and Telkom, Cell C and others in Tier 2, according to court papers seen by Reuters.

Torching of cellphone towers 'linked to 5G and Covid conspiracies'

Three telecommunications network infrastructure towers were burnt and destroyed within a matter of hours in KwaZulu-Natal this week - seemingly ...
News
1 year ago

The papers were filed on Wednesday.

Under this classification, MTN says Tier 1 operators would be excluded from an opt-in auction round, undermining their ability to secure access to the 3.5GHz radio frequency spectrum band seen as vital to their rollout of 5G technology.

MTN says this gives smaller operators, which already have spectrum in that band, first option to purchase more capacity, at the expense of MTN. It calls the definitions used to classify the companies "impermissibly vague, arbitrary and unreasonable."

Telkom and Liquid Telecom already have access to the 3.5GHz band, while MTN, Vodacom and Cell C do not, the papers show.

MTN said it did not want a delay in allocating spectrum but said it had no choice but to ask the court to declare the process unlawful and review it or correct it or set it aside.

ICASA's spokesman said the regulator would issue a statement on the matter by the end of the week.

MTN, has appointed group CFO Ralph Mupita as group president and CEO with effect from September 1.
Business
1 year ago

MTN to exit Middle East to focus on Africa

South African mobile operator MTN Group will exit the Middle East in the medium term, it said on Thursday, starting with the sale of its 75% stake in ...
Business
1 year ago

South Africa's telecom operator Telkom has branched into the competitive space of financial services by launching a life insurance business that it ...
Business
1 year ago
Next Article