'I thought why is this happening?'- Marah Louw heartbroken by Sibongile Khumalo's death 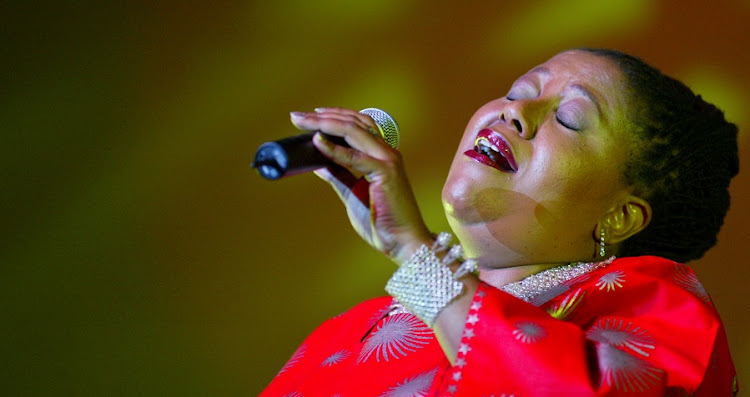 Veteran musician Marah Louw has been left devastated by the death of jazz icon Sibongile Khumalo (63), hailing her as one of the greatest talents to come out of SA.

The star's family confirmed that she had died of stroke related complications.

Marah told TshisaLIVE she heard about Sibongile's passing from a group she shared with the star and other musicians from the 1970s.

“I thought why is this happening? I was just shocked. It is difficult when you hear such news. Even words of condolences don't seem to have meaning any more. It is just shock. When ever you hear the phone ring, you fear the worst,” she said.

Khumalo began her career as a music teacher before going on to win the hearts of Mzansi with her hits such as Mayihlome and Thula Mama.

Her music saw her perform for distinguished audiences at late president Nelson Mandela's 75th birthday and at the historic 1995 World Cup rugby final.

On social media, mourners used the hashtag #RIPSibongileKhumalo to remember the star and pay tribute to her talent, topping the Twitter trends list.

Celebs, fans and politicians alike added their messages of condolences.

https://t.co/1jLOnGZZk0 One of my interviews with the one and only Sibongile Khumalo, giving advice to then upcoming start, Zahara. I LOVED her song: O ya kae Moshanyana. She always said "Redi, that song again! I have others you know!" Oh the heart just breaks! Rest in Peace.

My condolences to the family and friends of Sibongile Khumalo.

A South African star whose light has been extinguished before her time.

May her soul rest in eternal peace 🕯 pic.twitter.com/NZ6l8TT4o7

Got to witness Mam’Sibongile Khumalo’s perform live at the SBJOJ in September 2019. A true legend with an amazing & versatile voice. A sad loss to the music fraternity 🙏🕊#RIPSibongileKhumalo pic.twitter.com/4soXptNrng

"You're my guiding light...my Mountain Shade". You know how much I adored her @NeoMerafi. I'm so gutted that voice, that personality, that grace has been taken from us. Ms Sibongile Khumalo, you were loved. And you will be missed... pic.twitter.com/pn1Z5sI9KV

News of my MaKhumalo, Sibongile Khumalo. I don’t know maan. Im breaking into a hundred pieces

RIP Sibongile Khumalo.Thank you for the melodies, you were brilliant to the end 🕊👏🌟#SArejectsXiaomeiHavard pic.twitter.com/yonL99RvRw

My Mom loved playing Sibongile Khumalo. Hearing her music reminds me of my childhood

I'm broken. Mam Sibongile Khumalo was the first artist I interviewed on my radio show, she always had time for me. A genuine soul. 💔💔💔 pic.twitter.com/gGLB1TFOed

Sibongile Khumalo was supremely talented. We are lucky we had her as a people, and as audiences. And for a while she was a tweep, and it was great to share this space with her.
I’m not sad, I’m happy in remembering this icon. I really am glad that while she lived, she was joy.

Gutted my dear dear friend Sibongile - Iam hurting .. I have no words - an absolute icon - Rest In Peace #RIPSibongileKhumalo pic.twitter.com/wiwHRE2F9x