Fourways hippo was not killed and eaten - it has returned to the wild, says department 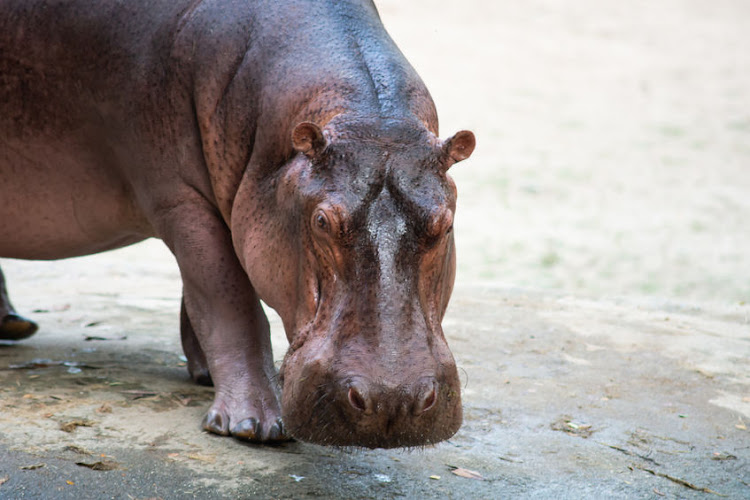 The Endangered Wildlife Trust says the hippo is a dangerous animal and has cautioned people not to approach it. Stock photo.
Image: 123RF/Jatesada Natayo

The department of agriculture and rural development has refuted social media claims that the Fourways hippo was slaughtered over the weekend.

The hippo made news headlines two weeks ago after it was spotted in the Chartwell area near Fourways in Gauteng.

The hippo topped the Twitter trends again on Sunday and Monday after pictures of a dead hippo circulated on the social media platform, with many claiming it had been slaughtered by locals.

Nozipho Hlabangana, spokesperson for the department, told SowetanLIVE's sister publication TimesLIVE the hippo is safe and was last spotted at its natural habitat in Hartbeespoort Dam.

She said the department is using drone technology with help from the Endangered Wildlife Trust (EWT) to monitor its movements.

On Monday EWT confirmed this. It warned the public not to approach the hippo nor try to give it food.

“As a registered Remote Pilot Aircraft Systems (RPAS) operator, the EWT is in a unique position to offer aerial imagery services using drones so the authorities are better able to monitor the movements and safety of the hippo.

“The hippo is suspected of having moved up the river system from the Hartbeespoort Dam area. When water levels are high enough, it is not uncommon for hippos to cover great distances in their pursuit of food,” said EWT’s Constant Hoogstad.

He said EWT had established that the images of the skinned hippo that went viral are from an incident in Kenya.

Maboneng is seen as "the place of light" despite being buried in the deep dingy parts of cold Johannesburg.
News
1 year ago

The department of agriculture, land reform and rural development has proposed adding numerous more species to the Meat Safety Act, including ...
News
1 year ago
Next Article