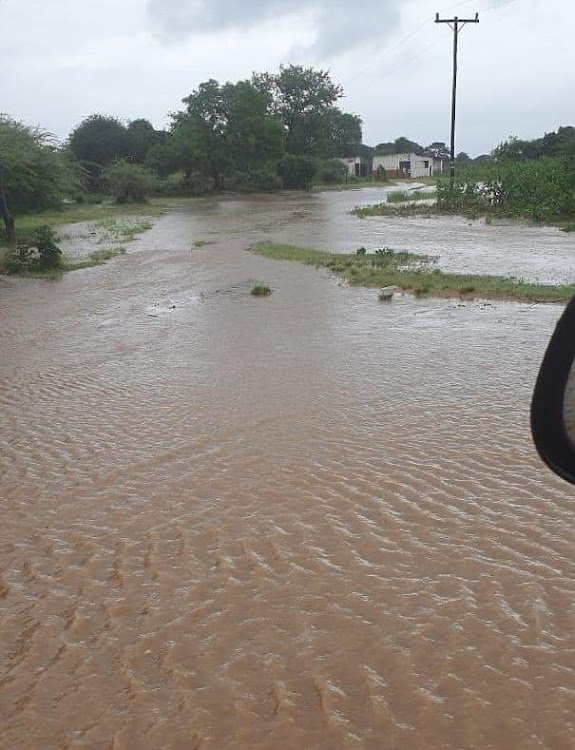 Two people were injured when their house collapsed on Monday in Esilweni as heavy rain lashed northern KwaZulu-Natal.

The co-operative governance and traditional affairs (Cogta) department said the incident occurred in Abaqulusi, ward 13, at Esilweni at 2am.

“The injured were immediately taken to the hospital and have since been discharged,” the department said.

Since Sunday, heavy rainfall was reported in the uMkhanyakude district and in parts of King Cetshwayo and Zululand districts.

“In Jozini, a family had to be evacuated when their home was flooded. In this case, the family requested to be moved to their relatives who live in a safer area. This incident took place in ward 6 in eMkhonjeni in the Jozini municipality,” said the department.

The SA Weather Service indicated that inclement weather conditions were expected to continue throughout Monday.

Severe downpours are expected on Monday night in uMkhanyakude where the ground is already saturated with rain water.

“Disaster management teams will be keeping an eye on these developments as the risk of widespread flooding remains high. Residents in Big Five Hlabisa, Jozini, Mtubatuba and uMhlabuyalingana have been urged to be vigilant and to tune into their community radio stations for the latest updates on the weather,” said the department.

MEC Sipho Hlomuka appealed to communities to abide by the instructions of local disaster management officials in areas where evacuations may be required.

“Arrangements for community halls to be opened in high-risk areas have been made where residents can seek shelter. All Covid-19 protocols will be followed should the community halls be used,” added the department.

The death toll from tropical storm Eloise rose to at least 12 on Monday, according to figures from authorities across southeastern Africa, where ...
News
4 months ago
Next Article