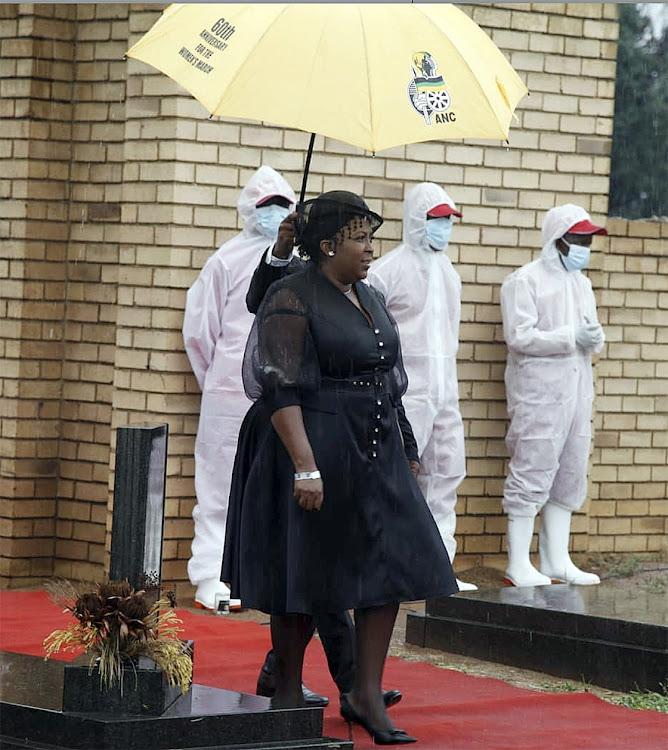 Mpumalanga premier Refilwe Mtshweni-Tsipane says she has paid an admission of guilt fee and will be donating 1000 masks to Emalahleni residents following backlash over her not wearing a mask during the funeral service of the late minister in the presidency Jackson Mthembu on Sunday.

Mtshweni-Tsipane ignited a furore when she appeared publicly not wearing a mask, smiling and giving hugs to mourners as she strolled out of the cemetery where Mthembu was laid to rest.

Her actions have led to opposition parties calling for her arrest and subsequent discipline.

“I have noted social media and media reports revealing moments where I was walking around without a mask. I have since reflected deeply on this momentary lapse, which I regret profusely. I wish to take this opportunity once again apologise to His Excellency, President Cyril Ramaphosa, the Deputy President of the Republic Mr David Mabuza, the Mthembu family, the people of Mpumalanga and the rest of the country.” said Mtshweni-Tsipane on Monday afternoon.

“I should have known better as a public figure and more so attending a Covid-19 funeral. To this effect, I have deposited a statement of guilt at the Vosman Police Station in Emalahleni where I accepted the necessary fine. Case number 314/01/2021.” said Mtshweni-Tsipane.

She said she had also written to President Cyril Ramaphosa expressing her regret.

“I have also written a letter to the president of the republic expressing my regret of the situation. To further demonstrate my remorse, I have bought a 1000 masks that will be distributed in Emalahleni as part of public education and awareness campaign to demonstrate the serious nature of COVID-19,” she said.

Mtshweni-Tsipane also sent condolences to all families that have lost their loved ones due to COVID-19.

“I have also taken a decision to go into isolation for a period of 14 days,” said Mtshweni-Tsipane.