Eight arrested in Welkom after being found with liquor worth R2m 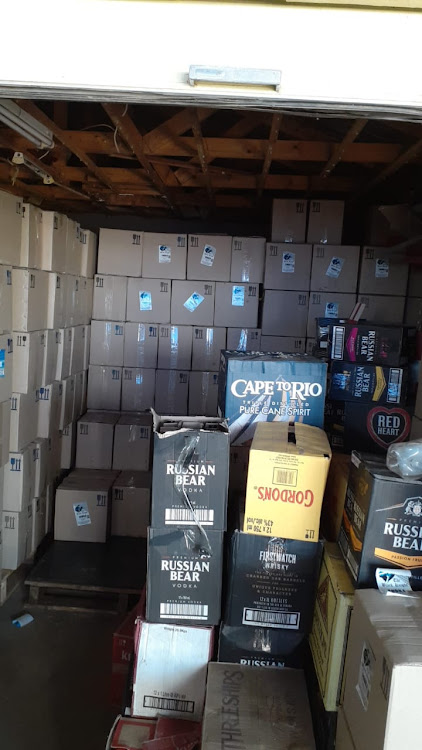 Police in Welkom have arrested eight people who were found unpacking liquor from a bakkie, in contravention of lockdown regulations prohibiting the transportation and sale of liquor.
Image: SAPS

Eight people were arrested by police in Welkom on Wednesday for transportation of liquor, selling or dispensing of liquor and selling liquor in unregistered premises.

Two members of the Welkom SAPS K9 Unit were conducting patrol duties in Riebeeckstad when they noticed a suspicious white Isuzu bakkie with tinted black windows.

They followed the bakkie to a house in the area where they found eight males unpacking liquor from the vehicle.

Police confiscated counterfeit liquor and cigarettes valued at about R2m.

The suspects will appear at the Welkom magistrate's court soon.

Three weeks after lockdown regulations were promulgated banning the sale of liquor, police in Kimberley arrested a 63-year-old man for selling liquor ...
News
10 months ago

Police arrested the managers of two popular restaurants in Sandton and Silverton for selling liquor to patrons during the prohibition on booze sales ...
News
10 months ago
Next Article