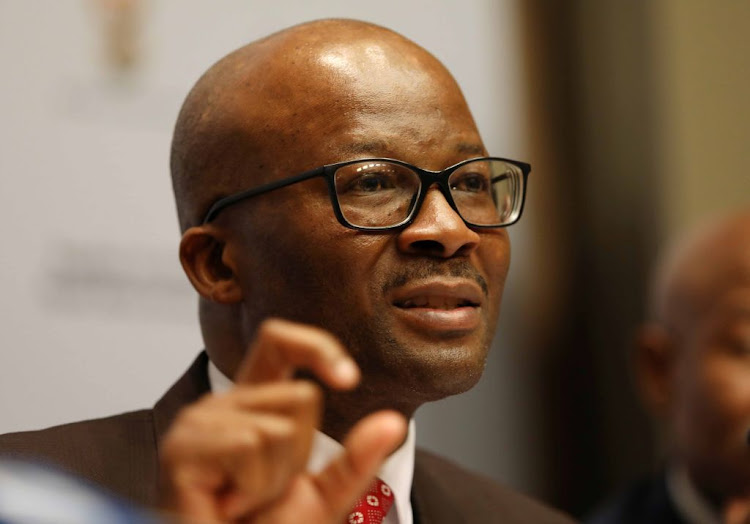 Dondo Mogajane, director general of the wrote the letter that gives the Department of Health approval to deviate from normal procurement processes for the transportation, storage and distribution of the vaccines in the short term, Reuters reports.
Image: Esa Alexander/Sunday Times

Pharmaceutical company Biovac Institute has been contracted by the government to import, store and distribute coronavirus vaccines for frontline healthcare workers, a letter from the National Treasury shows.

Healthcare experts have urged the government to share a detailed plan on vaccine rollout across the country.

In the letter written by Director-General Dondo Mogajane to non-profit organisation Corruption Watch (CW) and seen by Reuters, Treasury has given the Department of Health approval to deviate from normal procurement processes for the transportation, storage and distribution of the vaccines in the short term.

The National Treasury and spokespeople for the Department of Health did not respond to requests for comment.

Cape Town-based Biovac, part owned by the government, has been appointed for three months to provide storage and distribution services for vaccines to immunise frontline healthcare workers, the letter showed.

"Biovac will be involved in the importation, cold chain storage and distribution of the 1.5 million doses," Biovac CEO Morena Makhoana told Reuters.

SA has said it will receive 1.5 million doses of AstraZeneca's Covid-19 shot from the Serum Institute of India (SII), spread over January and February.

Regarding storage and distribute of vaccines in the medium term - over a period of six months - the letter said the government is approaching Imperial Logistics' Health Sciences unit, Denmark's DSV Panalpina, pharmacy chain Clicks Group's United Pharmaceutical Distributors (UPD) and Biovac in a closed bidding process.

Asked about this, DSV said it could not comment outside of its closed period, Clicks referred questions to the Department of Health and Imperial was not immediately available for comment.

The Treasury's Mogajane was responding to CW's Executive Director David Lewis who had written to the Treasury seeking clarity regarding emergency procurement and rollout of vaccines.

Mogajane noted that the Auditor-General would be asked at the appropriate time to conduct real-time audits of the vaccines procurement process.

"CW is pleased that the Auditor-General will be involved in oversight of the use of public money for vaccine procurement," the non-profit CW said in a statement on Thursday.

SA will pay $5.25 per dose for Covid-19 vaccines from the Serum Institute of India (SII) — well above what others, including developed nations, are ...
News
8 months ago

African countries will pay between R44,72 and R149,02 per vaccine dose to access 270 million Covid-19 shots secured this month by the African Union ...
News
8 months ago

Covid-19 vaccine could be made in SA, says President Cyril Ramaphosa

President Cyril Ramaphosa on Wednesday night announced that Africa needed at least $12bn (about R187,5bn) to develop an effective vaccine to curb the ...
News
11 months ago
Next Article