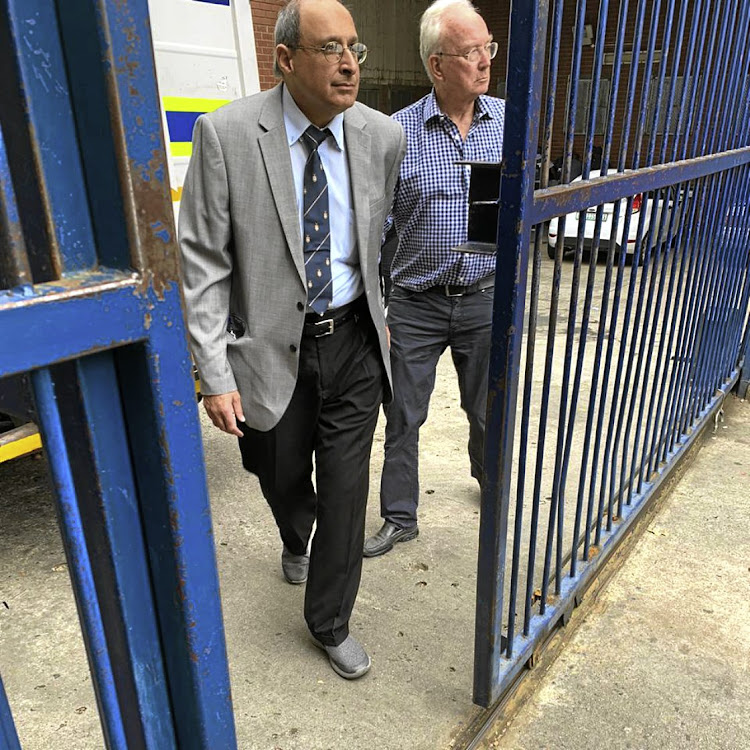 Prof Peter Beale, right, and the late Dr Abdulhay Munshi after appearing in the Johannesburg magistrate's court in August. The murder case against Beale has been moved to the high court.
Image: Erin Bates

The case against paediatric surgeon Prof Peter Beale has been transferred to the high court in Johannesburg for trial, where he will now face charges of murder and fraud.

Beale, whose co-accused anaesthetist Dr Abdulhay Munshi was shot dead in September last year, made a brief appearance in the Johannesburg magistrate's court on Wednesday, where his case was moved to the high court. He is due to make his first appearance there on February 19.

NPA spokesperson Phindi Mjonondwane said Beale was served with an indictment during his appearance on Wednesday.

Beale and Munshi were arrested after Zayyaan Sayed, 10, died after a routine laparoscopic operation at Johannesburg’s Park Lane Hospital in October 2019.

Munshi was shot five times in Johannesburg on September 16 last year. The shooting caused outrage and prompted Beale to go into hiding.

The criminal case against paediatric surgeon Prof Peter Beale, whose co-accused anaesthetist Dr Abdulhay Munshi was shot dead in September, was on ...
News
1 year ago

'We can’t practise in this climate': doctors write to Cyril Ramaphosa

The Health Professions Council of South Africa (HPCSA) has written to President Cyril Ramaphosa about the criminal case against Dr Peter Beale and ...
News
1 year ago
Next Article