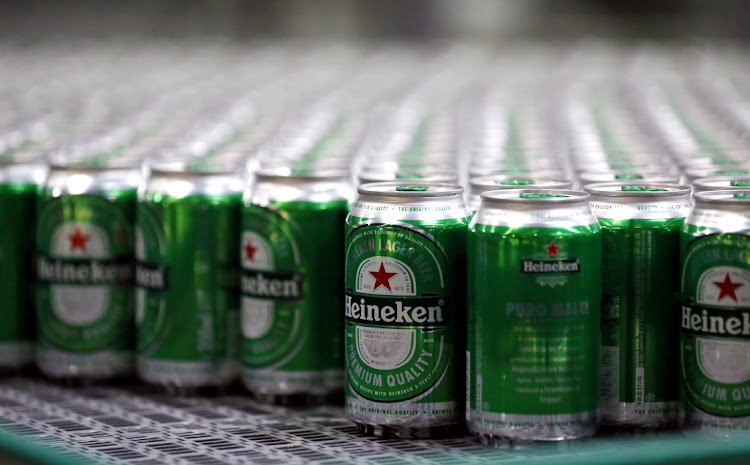 Heineken SA says it will trim jobs as a response to strict Covid-19 lockdown regulations which have seen alcohol sales being halted.
Image: REUTERS/PAULO WHITAKER

The South African arm of Heineken will cut 70 jobs and put new investments on hold in the country due to the significant impact of bans on alcohol sales and COVID-19 trading restrictions, it said on Wednesday.

South Africa has recently banned alcohol sales for the third time as part of efforts to free up space for COVID-19 patients in hospitals burdened with alcohol-related injuries.

About 30% of local breweries have been forced to shut their doors permanently and some, including Heineken, have abandoned planned investments.

Heineken employs just under 1,000 full time employees in South Africa where more than 165,000 people in the industry have lost their jobs since lockdowns started at the end of March.

The company said in a statement in light of the continued market pressure and in line with a global review by its Dutch parent company, it now finds it necessary to restructure its operations to build a business fit for the future.

"Unfortunately, given the ongoing challenging situation the company finds itself in, these measures are no longer adequate to manage and sustain the operating costs of the business."

The maker of Windhoek and Amstel beer said it will continue to review its cost and organisational structure to ensure "it is fit for the future needs of the business particularly during this tumultuous period."

In August the brewer dropped plans to build a 6 billion rand ($403 million) brewery in KwaZulu-Natal following the second ban on alcohol sales.

In an emailed response to questions the brewer said other new investments will be placed on hold.

Heineken SA is not shutting now, despite what it calls immense pressure placed on the industry to retain jobs during the Covid-19 lockdown
Business
1 year ago

Consol Glass has indefinitely suspended construction of a new R1.5bn glass manufacturing plant in Ekurhuleni, Gauteng, as the government’s ban on the ...
News
1 year ago
Next Article