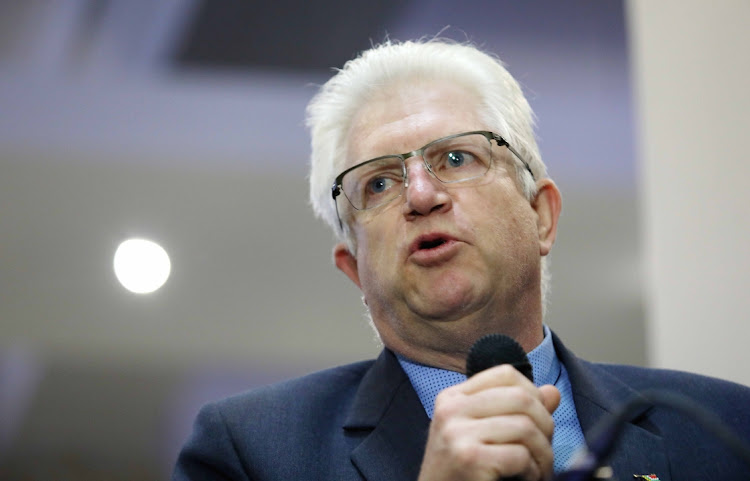 Western Cape premier Alan Winde is calling for a decrease in the curfew hours and a reopening of alcohol sales at bars, restaurants and off-sale stores.
Image: Esa Alexander

Western Cape premier Alan Winde is offering suggestions how to allow a controlled reopening of the economy under Covid-19 regulations, including a limited resumption of the sale of alcohol.

Winde has previously come under fire from the opposition ANC in the Western Cape for his comments that the alcohol ban and revised level 3 lockdown should not last for long.

He told the provincial legislature about his concerns for businesses and that he had held discussions with health minister Zweli Mkhize specifically about the impact on wine farms in his province.

Speaking to DA spokesperson Siviwe Gwarhube on the party’s online show called The Inside Track, Winde called for a decrease in the curfew hours and a reopening of alcohol sales at bars, restaurants and off-sale stores.

He said the indicators by each town in the province were that there was currently negative growth in infections, except for two towns.

The indicators of a slowdown in the rates of new infections were there despite the reopening of businesses after the festive season, he said.

However, Winde cautioned that with the risk of a third wave of infections, the country needed to find a balance which would be a new normal for the rest of the year.

“You can’t blanket open up lockdowns, so we are suggesting we don’t take back the curfew all the way to midnight, we take it back to 11pm [from 9pm, and] enable alcohol sales, we have said off-site and on-site.

“Off-sales go back to four days. Keep it out of your risk [on] weekends.

“For your on-consumption, use the curfew as a tool,” said Winde.

He also called for the reopening of beaches.

Winde said he would be pushing for these proposals in the next meeting of the coronavirus command council.

Health minister Dr Zweli Mkhize said on Tuesday that the suspension of alcohol sales has helped in the fight against Covid-19.
News
1 year ago

Alcohol ban brings out the worst in boozers

A thirst for booze has led to a Port Elizabeth man being shot in the shoulder and dozens of Joubertina residents attacking the police after they ...
News
1 year ago

Popular Johannesburg eatery The Local Grill will be unable to keep its doors open beyond the end of January if the alcohol ban continues, its owner ...
News
1 year ago
Next Article