Sanef calls for action against Somizi for insults directed at journalists 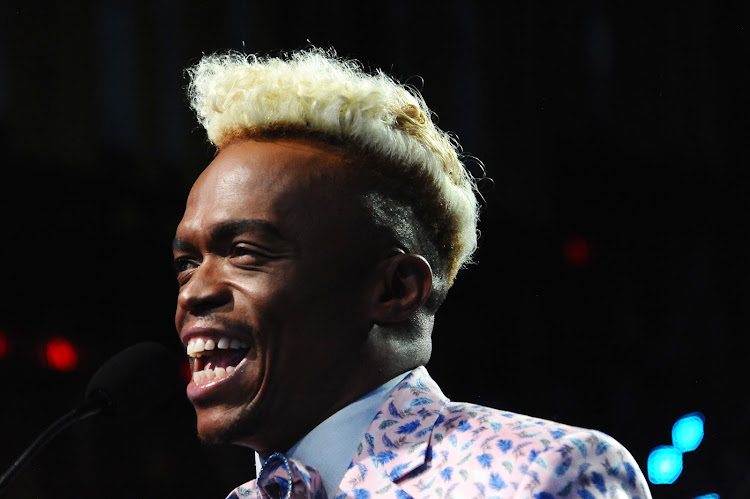 The SA National Editors' Forum has encouraged two journalists to open charges of intimidation against Somizi Mhlongo after he “abused” one of them and publicly shared their contact details to his social media followers.

As a result of his actions, Sanef said, the reporters and/or their family members had been threatened with death and rape, apparently by Mhlongo's fans.

“Instead of responding to the questions, Mhlongo opted to insult Khumalo and his parents, calling them obscene names, and abused Madibogo. Mhlongo further took a screengrab of the text of his conversation with both journalists and used his Instagram account to reveal the text and cellphone numbers of the journalists,” Sanef said on Tuesday.

Mhlongo's manager said the celebrity would “rather not comment at this current moment”.

Somizi's cook book is a No 1 bestseller

Media personality and SA icon Somizi Mhlongo-Motaung's cookbook Dinner At Somizi's: I Am Not A Chef  has clinched the No 1 bestseller spot in SA.
Entertainment
1 year ago

Sanef described Mhlongo's comment as “irresponsible in the extreme and potentially unlawful conduct”.

“Mhlongo has a massive support base and a following in excess of four million on Instagram, and his followers have resorted to intimidation and harassment of journalists on all social media platforms. They have subjected both Madibogo and Khumalo to torrents of insults and threats,” Sanef said.

Some had directly threatened Madibogo and Khumalo’s wife with rape, while Khumalo received death threats. The fans also threatened the safety of the journalists’ families, said Sanef.

This is a direct attack on media freedom in the country.

“They have tormented them for doing their jobs and asking questions in line with the Press Code that demands that journalists give a right of reply to everyone they intend to write stories about.

“Though Mhlongo has since deleted the posts from his Instagram account, the journalists continue to be abused. His cyber trolls have amplified the ongoing attacks on women journalists,” the Sanef statement said.

The forum added that his actions “have aggravated what is already a hostile working environment, especially for women journalists”.

State must play big role in sustainability of media

A report into ethical challenges facing South African journalism has recommended that funding from the public purse should play a greater role in ...
News
1 year ago

“This is a direct attack on media freedom in the country. Worldwide similar attacks are being meted out on journalists with the intent to silence their voices, especially those of women and the stories they tell.

Sanef called on Mhlongo to “unreservedly apologise to these journalists and the public on all his social platforms for his unbecoming behaviour”.

“He must call on his followers to stop harassing and intimidating them. Further, we call on the journalists to lay charges of intimidation.”

The South African National Editors' Forum should reopen discussions on fining or suspending unethical journalists from media organisations, its ...
News
1 year ago
Next Article