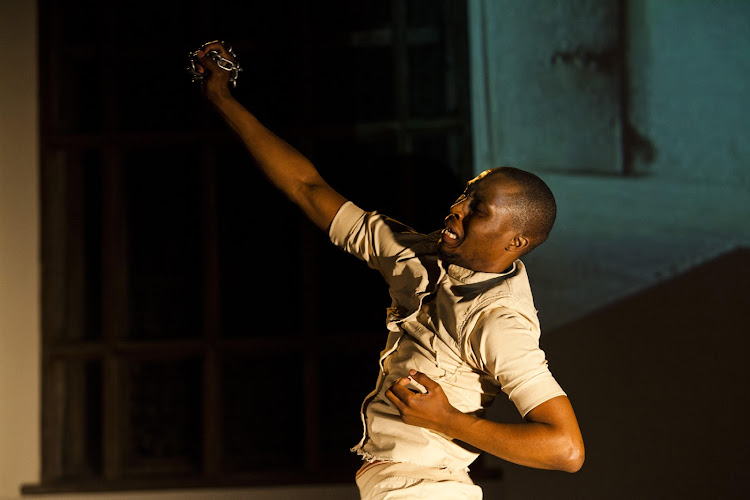 Award-winning contemporary dancer and choreographer Themba “Dredz” Mbuli has passed away after a short illness.

Mbuli, 33, died on Monday in Cape Town where he was based, according to business partner and friend Fana Shabalala. Mbuli whose profile both locally and internationally was established has been praised for his extraordinary talent and for making sure that dance was accessible to all people.

The 2016 Standard Bank Young Artist Award recipient distinguished himself in the dance arena with his thought-provoking works that tackled social issues.

Shabalala, who co-owned Broken Borders Arts Project with Thulani Chauke and Mbuli, described the late dancer as highly talented.  He said Mbuli decided to focus on serious dance development after establishing his profile as a dancer.

Mbuli, who hailed from Zola in Soweto, had moved his base to Cape Town where he cofounded Unmute Dance Company, an organisation that opens opportunities for artists living with disabilities.

“Themba was passionate about dance and he had already started community dance group in Zola just to take the children away from the streets. He did not stop there, in Cape Town he was very instrumental in establishing an annual festival where artists living with disabilities could express themselves artistically,” Shabalala added

“Themba was like a brother; he will forever be remembered for his amazing, said provoking work and immense contribution in the performing arts industry. He was always willing to listen, willing to help and always knew what to say to a person. He loved dance and also wanted to reflect the challenges faced by people in the society.”

Shabalala cited Dark Cell as Mbuli’s greatest production, which he conceptualised as a group piece and later converted into a solo performance. With the company Unmute, Mbuli created works such as Sold, Ashed and Trapped.

Marketing manager at Cape Town's Baxter Theatre Fahiem Stellenboom said: “The Baxter management and staff are deeply saddened by the passing of Themba Mbuli, an extraordinary artist, choreographer and friend.

“Themba’s death is an immense loss to the arts community. Themba last performed at The Baxter in 2016 in the Swedish-SA collaboration, Adagio for a Hacked Life, the same year he was named the Standard Bank Artist of the Year for Dance.”

National Arts Festival in Makhanda said in its statement: “We are utterly devastated by the news [of] Themba Mbuli’s passing. Themba was the 2016 Standard Bank Young Artist winner for Dance. He often spoke about the tragedies and hardships he had experienced in his life and on winning his award he said that he wanted to bring more artists to the dance world. His dedication to this dream was realised with the Unmute Dance Company that worked tirelessly to produce work and raise discussion about and for artists with disabilities.”

Mbuli’s dance journey began in 2007 at Moving Into Dance Mophatong (MIDM). After training with MIDM, he worked for companies like Inzalo Dance Theatre Company before joining a Reunion Island-based company Talipot as a principal dancer. He has performed Dark Cell in Sweden, Zimbabwe, Argentina, Uganda, Mozambique, Namibia, the Netherlands and the UK.