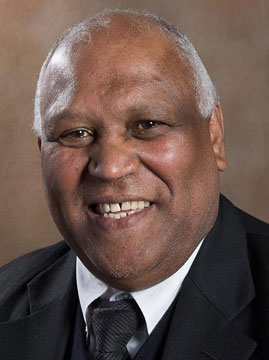 Covid-19 has claimed the lives of two councillors and seven officials of the Stellenbosch municipality, the council said in a statement on Monday.

The two councillors, Manie Pietersen from the DA and Derrick Hendrickse from the EFF, died within days of each other earlier this month, the municipality said.

“These two sudden losses, mere days from each other, sent shock waves through the municipality and indeed the entire community,” the statement said.

Pietersen was the mayoral committee member for youth, sport and culture, and Hendrickse an outspoken government critic who often highlighted the plight of landless communities.

A further seven municipal staff had died since the first Covid-19 death was reported in June last year.

The municipality is set to host a virtual memorial service to honour the deceased councillors and staff on January 27 at the start of the first council meeting of the year, the statement said.

The municipality continued to enforce strict health protocols to minimise further infections, including online mayco and council meetings “to ensure the safety of all participants”, it said.

The murder trial of six pupils and two adults accused of killing Thoriso Themane, 28, and taking video footage of the crime was postponed in the ...
News
1 year ago
Next Article