Justice minister's decision to include the death of student activist Ernest Moabi Dipale in Aggett inquest 'will have huge ramifications', warns law firm 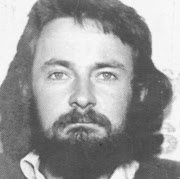 The inquest into the death of Dr Neil Aggett  — the first white person to die in police custody under the apartheid regime — is set to continue on Monday.

The hearings, which had previously been held at the high court in Johannesburg, were to continue virtually amid the growing number of coronavirus infections.

Aggett, a medical doctor, was working at Chris Hani Baragwanath Hospital while campaigning for black workers' rights through the trade union movement. He was one of many anti-apartheid activists arrested and detained without charge in a security branch operation at the end of 1981. He died in February 1982.

Aggett was found hanging in his cell and an earlier inquest ruled his death a suicide.

Evidence presented before this fresh inquest, however, has suggested that he could have been coerced to suicide through torture, or even murdered by state security police.

In a statement released by law firm Webber Wentzel, which is acting pro bono for the Aggett family, it was revealed on Monday that a unilateral decision was taken by the minister of justice and constitutional development, Ronald Lamola, directing that an inquest into the death in custody of another activist, Ernest Moabi Dipale, be joined to the already part-heard Aggett inquest.

Webber Wentzel said it was informed of this in December 2020.

“The decision appears to be based on the fact that Ernest Moabi Dipale was detained at the same prison in 1982 and, like Aggett, was also found hanging in his cell,” the law firm said in a statement.

“The decision, while possibly well-meaning, will have huge ramifications for probing the truth, as the Aggett inquest is already well under way. Though the joined inquest will now begin on 18 January 2021, the NPA has not provided any assurances that the Dipale matter has been investigated properly and is ripe for hearing,” it continued.

“Ernest Dipale was arrested under the Internal Security Act and charged with furthering the aims of a banned organisation, the ANC.”

According to Webber Wentzel, the Foundation for Human Rights was still seeking legal representation for the Dipale family and this could lead to delays in proceedings.

“The decision is untimely and will require more time to ensure that the evidence necessary to ascertain the facts pertaining to Dipale’s death in detention and the witnesses are secured.

“It is therefore very likely that fresh dates will have to be allocated after February 12 2021 to hear the evidence linked to the death of Dipale.”

The fresh inquest into Aggett's death has had witnesses such as former police officers who guarded him at the time, former minister of public enterprises Barbara Hogan and Rev Frank Chikane take to the stand.

The now late George Bizos was among those who had been scheduled to give evidence before the inquiry.

Police officers have thus far given detailed testimony of how they put surveillance on Aggett and his family before his detention. Last year, the inquest also conducted an inspection in loco of the police cell at John Vorster Square where Aggett was found hanging.