Homes flooded in the Vaal, emergency services rescue those trapped 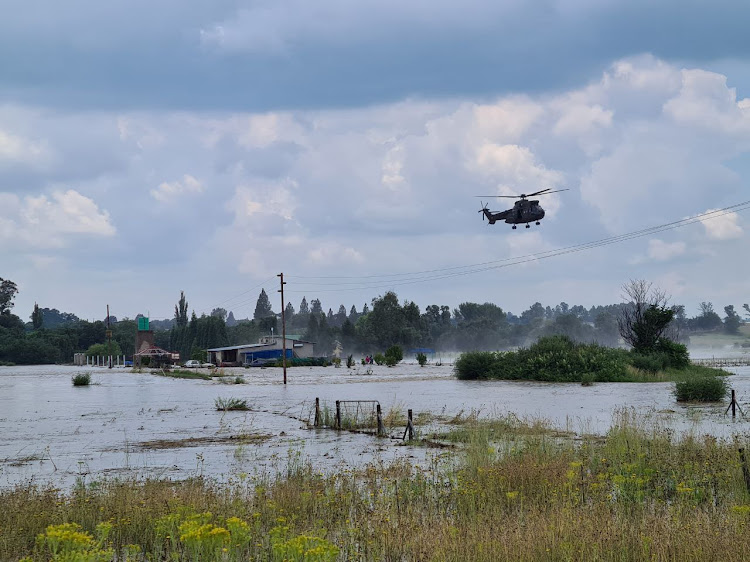 An Oryx helicopter airlifted an elderly couple to safety after flooding in the Loch Vaal area at the weekend.
Image: Netcare911

Flooding at Loch Vaal in Vanderbijlpark at the weekend resulted in dramatic scenes as families had to evacuate with an access road becoming impassable.

Localised flooding had occurred after heavy rains over recent days, with a report of 80mm falling in an hour late last week.

The police Waterwing and K9 units as well as rescue services resulted in six people being rescued from the Rietspruit dam area after becoming trapped in their homes.

A SA Air Force Oryx helicopter was also activated to hoist an elderly couple to dry land on Saturday morning, said Netcare 911. This was after emergency workers were unable to successfully move them after they had been stranded at their home.