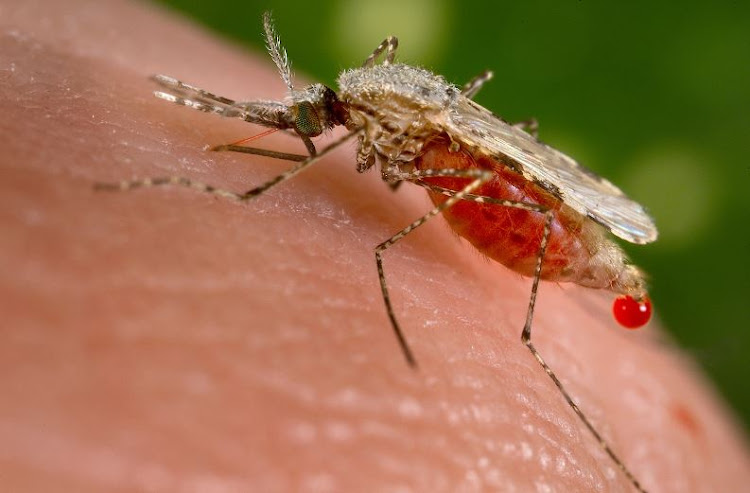 Local scientists have made a new discovery that could wipe out the deadly malaria.
Image: REUTERS

South African scientists have discovered chemical compounds that could potentially be used for a new line of drugs to treat malaria and even kill the parasite in its infectious stage, which most available drugs do not.

The research led by the University of Pretoria, published in the Nature Communications journal this week, found that chemical compounds undergoing trials for the treatment of tuberculosis and cancer -- the JmjC inhibitor ML324 and the antitubercular clinical candidate SQ109 -- can kill the disease-causing parasite at a stage when it normally infects others.

The World Health Organisation said in November that deaths from malaria due to disruption during the coronavirus pandemic to services designed to tackle the mosquito-borne disease will far exceed those killed by COVID-19 in sub-Saharan Africa.

Malaria killed more than 400,000 people across the world in 2019, according to the latest WHO figures, all but a few thousand of them in Africa. There were 229 million cases across the world, 215 million of them on the continent.

"Our innovation was around finding compounds that are able to block the transmissible stages and we if we are able to do so then we stop the spread of malaria," Research Chair in Sustainable Malaria Control and biochemistry professor Lyn-Marie Birkholtz, who was part of the team, told Reuters on Friday.

Most drugs kill malaria as it gets established in the liver or after it has infected red blood cells, but cannot tackle it once the parasite is released from the cells, which is when it is transmissible to other people via mosquito bites, she said.

The one drug that can have an effect during the transmissible phase, primaquine, is not widely used, owing to concerns about side effects.

"If we can develop these compounds ... then we have an additional new tool that we can use to eliminate malaria," said Birkholtz.

More tests would still need to be carried out before the compounds could be approved as a treatment for malaria but the breakthrough would also address concerns over drug resistance, she said.

The health minister says 2020 will go down as one of the greatest tests ever endured by humanity.
News
1 year ago
Next Article