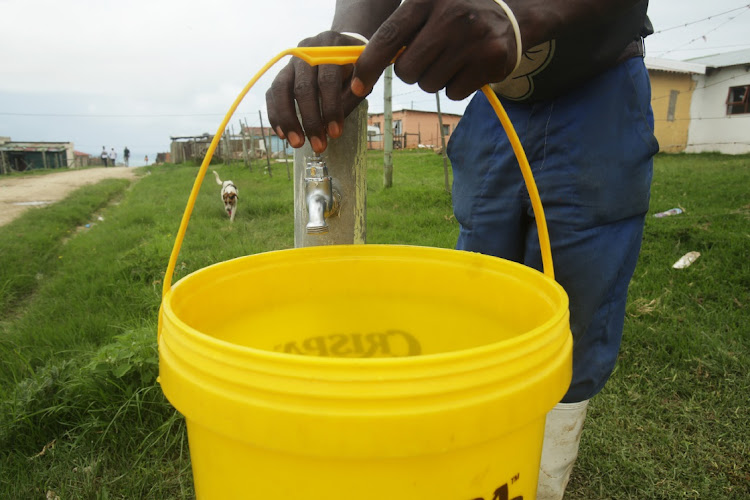 The Amathole district municipality — which cannot pay salaries for four months, in part because of a previous hiring spree that almost doubled its staff complement — wants a bailout from the national government.

The administration has approached the co-operative governance and traditional affairs department and the Treasury for R180m to pay workers. This amount is in addition to a R150m request for mutual separation packages, which will see employees voluntarily ending their contracts.

Mayor Khanyile Maneli and municipal manager Thandekile Mnyimba addressed the non-payment of salaries and general instability at the municipality in a virtual press briefing on Wednesday.

This after the announcement earlier this week that the Eastern Cape municipality is unable to pay salaries to 1,670 councillors, traditional leaders and all staff for four months, beginning in February, due to strained financial resources. In November, it had to take a bank overdraft of R64m to pay salaries.

He said the many problems inherited from the previous administration had culminated in the salary saga.

These included the employment of 900 people between 2017 and 2018, recategorisation and standardisation, essential car user schemes, Amatola Water debt and non-payment of R50m to the water & sanitation department, as well as a low revenue base.

Maneli said the municipality and the provincial Treasury had been implementing a three-year financial recovery plan to bounce back from financial ruin. “However, the key cost drivers, as stated earlier, continue to put the institution under pressure, hence we are in this position,” the mayor said.

Earlier this month, the municipality had threatened to enforce the 'no work, no pay' rule from February. It was due to affect about 600 workers after the labour court found their strike to be illegal. During the almost two-month strike, water infrastructure was vandalised and crucial water service to communities disrupted. Workers denied they were behind the sabotage.

Parliament’s portfolio committee on cooperative governance and traditional affairs has urged leaders at the Amathole district to find a solution ...
News
1 year ago

A month ago, the municipality lost a bid to be exempted from paying salary increases, the Daily Dispatch reported. In its submission to the SA Local Government Bargaining Council, the municipality said in its March 2020 draft budget it made a provision for the wage agreement salary increases, but the estimate resulted in a deficit of R287.8m, which is not permitted by the National Treasury.

The municipality was in November also ordered to cease its plan to halt payment of millions of rand in car and travel allowances and other benefits enjoyed by close to 200 senior administration bosses, after being taken to the labour court. Vehicle allowances of up to R26,000 are paid to every general manager, with some lower ranking officials taking home vehicle allowances of more than R10,000 a month.

The municipality has an annual salary bill of R789m for the 2020/21 financial year. It is also struggling to pay suppliers and owes its creditors R322m.

It is not the first time the Amathole administration is unable to meet its financial responsibility towards staff. Almost exactly a year ago, Cogta MEC Xolile Nqatha asked Dlamini-Zuma for a bailout for several struggling Eastern Cape municipalities. ADM, which was flagged by the auditor-general for spending R28m on a consultant, was among the councils in financial distress.