More than 7,000 arrested since December for not wearing masks: Bheki Cele 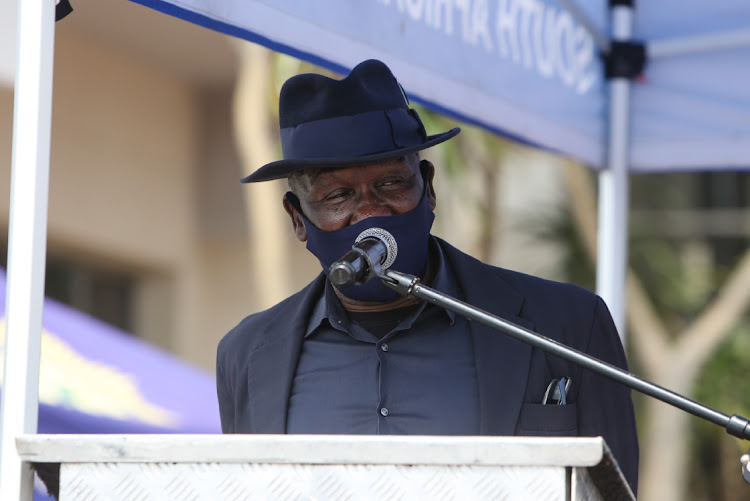 About 7,500 people have been arrested for not wearing a mask and over 800 for liquor-related infringements since lockdown level 3 began 16 days ago.

The police ministry  announced on Wednesday morning that over 20,000 people had been  arrested or fined for contravention of the Disaster Management Act since the start of the adjusted level 3 lockdown on December29.

The office said 7,455 of them were caught not wearing masks in public and a further 834 people were arrested for selling, dispensing, distribution and transporting alcohol. Since the beginning of the national lockdown in March,  over 342,000 people have been arrested for contravening the Act.

“These arrests were made despite people being told continuously to wear their masks. Wearing a mask is mandatory and people caught without one in public, are committing an offence. The wearing of masks is both for your safety and the safety of others around you,” said Police Minister Bheki Cele.

He also commended those who stuck to the rules as set out by the government in its effort to fight the spread of the pandemic, which has now killed over 33,000 people.

“I want to stress the point that the law enforcement agencies do not enjoy making these arrests as these laws are there to contain the spread of the Covid-19 virus that’s ravaging our country. However, officers of the SAPS are left with no choice but to act in the interest of saving lives.

"Therefore, I urge everyone who resides within our borders to respect the laws of this land. The regulations are among our arsenal against this deadly virus and failure to comply with them, certainly will result in more people being infected and more lives being lost,” added Cele.