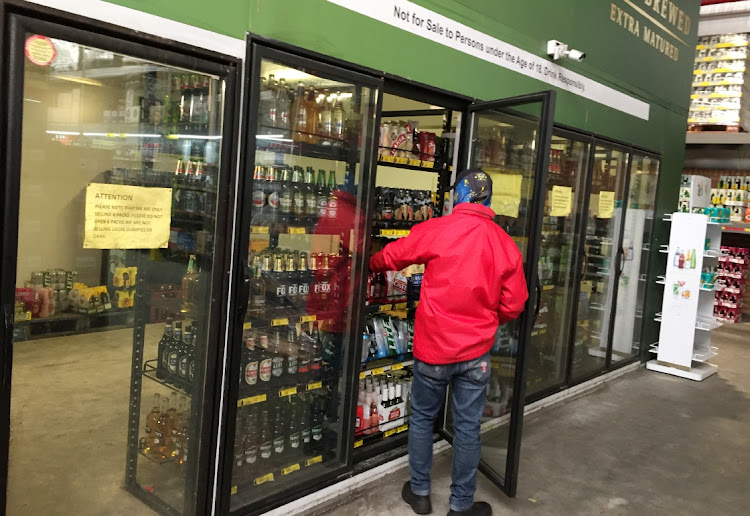 The government implemented tighter localised restrictions, including tighter restrictions on the sale of alcohol, to curb the spread of Covid-19.
Image: SINO MAJANGAZA

The Southern African Alcohol Policy Alliance in SA (SAAPA) has called on SA Breweries (SAB) to comply with government on the alcohol ban and to withdraw its “divisive” pending court case.

Reacting to President Cyril Ramaphosa’s announcement last night to extend lockdown level 3, SAAPA director Maurice Smithers said they supported the government’s call to keep the suspension of the sale and transportation of alcohol until further notice. He said this was key in the reductions of daily Covid-19 infections which have been averaging around 20000.

“We believe that the South African government and the National Coronavirus Command Council (NCCC) would not have taken this decision lightly and that they considered all relevant factors relating to the saving of both lives and livelihoods before doing so. We call on all South Africans to support and honour this decision and not to do anything to subvert it,” said Smithers.

He also urged SAB to withdraw its court application to have the ban on the selling of alcohol relaxed.  SAB had launched the application after Ramaphosa reduced the country to lockdown level 3 on December 29. The date for the application to be heard has not been announced yet.

“President Ramaphosa called for unity of all South Africans in the fight against the spread of the coronavirus. We call on SAB to honour that call and, instead of dividing the country through its ill-advised court action, to devote its efforts and resources to getting government support for the many small enterprises in the alcohol sector who are suffering economic hardship as a result of the State of Disaster. We also call on the company and its international partner, AB InBev, to stop paying celebrities to support their campaign against government's decisions and instead to use their vast resources to support those same enterprises until the pandemic is over. The priority right now is to save lives, not profits; to support government's efforts. Not undermine them,” said Smithers.

Despite supporting government interventions to fight Covid-19,  SAB has always maintained that the outright ban of alcohol was unreasonable as it affected the livelihoods of its stakeholders, more especially tavern owners.

SAB stands behind its booze campaign

As the backlash intensified over SA Breweries’ (SAB) social media campaign against the ban of alcohol  using influencers, the company dug in its ...
News
1 year ago

On Friday celebrity entertainer Khanyi Mbau posted a video on social media asking whether the alarming rise in Covid-19 cases had in fact been due to ...
Opinion
1 year ago
Next Article