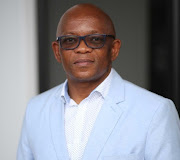 Eastern Cape co-operative governance MEC Xolile Nqatha wants the high court to declare Nqaba Bhanga’s election as Nelson Mandela Bay mayor unlawful and invalid — and for the DA heavyweight to be slapped with punitive costs should the court rule in his favour.

In his court papers, Nqatha urges the Port Elizabeth high court to hear the matter on an urgent basis.

The case, which was meant to be heard on Tuesday, has been moved to January 19.