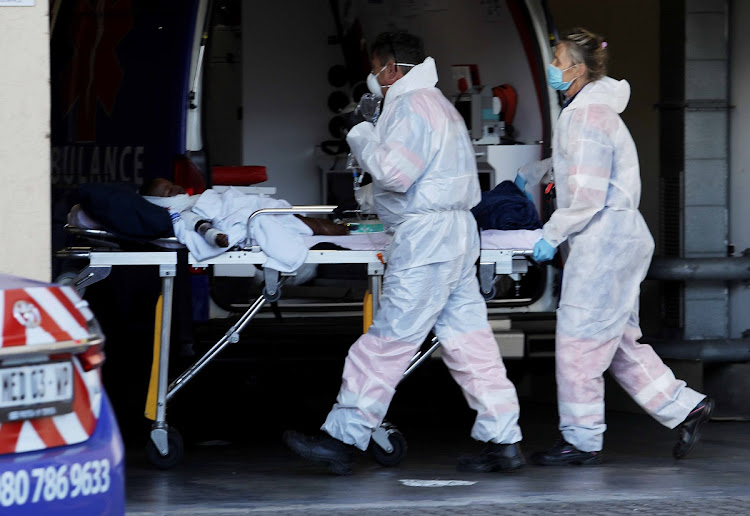 The number of people in Gauteng who succumbed to complications related to Covid-19 between the last week of December and the first week of January this year skyrocketed, premier David Makhura said on Tuesday.

He was providing an update on the province’s health response to the pandemic since last month. He said he was particularly concerned about the fatality rate.

“Our overall fatality rate is less than 2% — at 1.8% in Gauteng. When we do a comparison per week, we see the number of people succumbing to Covid-19 is increasing quite significantly. In the last week of December, it increased by 123% [from the week before]. In the week that follows that, leading up to early January, it increased by 155%. As we speak, it has increased by 10%,” he said.

Makhura said the province had 50,000 active cases and was recording an average 433 deaths a week. Only KwaZulu-Natal, with more than 90,000, has a greater number of active cases.

“This is a matter of great concern, but we are not where we were,” he said.

He said during the first wave of infections, more than 200 people succumbed to the virus in one day in July.

He hailed the move by President Cyril Ramaphosa to extend the level 3 regulations until infections had decreased as effective to curb the spread of the coronavirus.

“Level 3 is going a long way to reducing the pace of the infection rate, particularly driven by the infectiousness of the new variant. The modelling indicates we would have nearly double the number of active cases.”

The premier said the province would avail an additional 525 beds to help crowded health facilities.

Makhura said the situation in hospitals was a concern, but they were not yet packed to capacity. He said 4,129 people are hospitalised in public and private facilities. Of those, 220 are ventilated and 384 are on oxygen.

He announced that the province would use the Nasrec facility to accommodate “patients under investigation” who filled up many hospital beds in both the public and private sectors.

“We are looking at Nasrec in a different way. We were under pressure after the peak of the first wave from other parties that Nasrec should be closed. It was a necessary risk and we said we would not close Nasrec because the behaviour of the pandemic may change. Instead we decided to downscale the number of beds from 1,000 critical care beds to 500 and we kept quarantine beds at 500.

“We are upscaling Nasrec again and will have another 1,000 beds for critical care and another 500 to help us with patients under investigation. This is being co-ordinated by clinicians at Chris Hani Baragwanath Hospital,” he said.

The premier made an impassioned plea to Gauteng residents to continue adhering to all health and safety protocols and avoid attending funerals the way they used to.

Makhura warned that the province was yet to go through the storm of the second wave.

“We saw the pandemic causing havoc in coastal provinces during the December holidays, and we have to face up to this challenge now, especially in the next two weeks.

“We are going to go through the eye of the storm. By all accounts we have better resources than we had during the first wave, but if the second wave is going to be more demanding, it is going to put on more pressure.

“It is something we have to deal with.”

Pretoria's Steve Biko Academic Hospital is experiencing a sharp increase in the number of Covid-19 patients, which has been noted since December, ...
News
1 year ago
Next Article