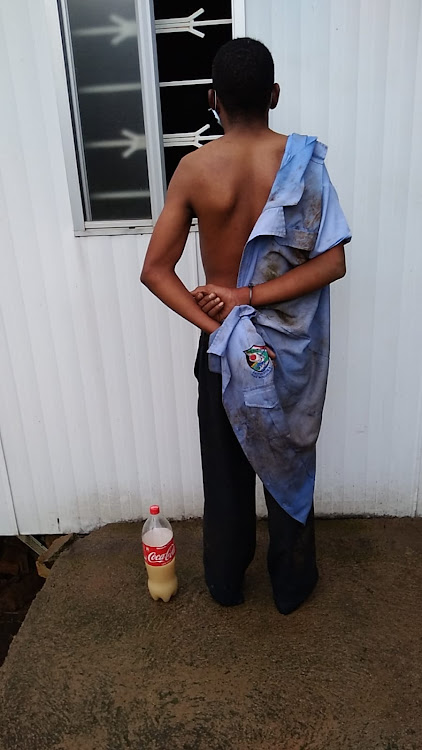 A 38-year-old man was arrested after driving his car into a police officer, severely injuring him.
Image: Supplied

A Gauteng traffic police officer sustained serious injuries when he was driven into by a 38-year-old man who was allegedly driving drunk on Wednesday.

The man apparently failed to stop when being instructed to do so in Meyerton, in the Sedibeng district.

According to the spokesperson for the Gauteng traffic police, Sello Maremane, the incident took place in De Deur, Rose Road in Meyerton, on Wednesday.

“A member of Gauteng traffic police stopped the vehicle after noticing that the vehicle had no registration plate in front. It is alleged that the driver intentionally and negligently failed to stop after instructed to do so and in the process hit the legs of an officer.

“The officer sustained serious injuries and is receiving medical attention in a nearby health-care facility,” Maremane said.

The other officers who were patrolling in the area pursued the suspect and stopped him.

“Upon stopping the suspect, the officers screened him and found that he was driving under the influence of alcohol with homemade alcohol also found in his possession. The detection from the breathalyser confirmed that the suspect was intoxicated at 0.79 milligram which is three times over the prescribed legal limit of 0.24 milligram per 100 millilitres,” Maremane said.

He said the suspect was arrested on the spot and is detained at De Deur police station. He is expected to appear in the Meyerton magistrate's court shortly to face charges relating to driving under the influence of alcohol and failure to obey a lawful instruction from an officer, among other things.

The Gauteng traffic police have condemned the incident and vowed to root out such  unwarranted behaviour from motorists.

“Incidents of nature will never be allowed to prevail under our watch. Officers of the law are supposed to be respected at all costs since they are there to protect and serve our communities,” Maremane said.

Brewers in danger of losing everything, call for Ramaphosa to lift booze ban

Small business owners and craft breweries say they are on the verge of collapse due to the alcohol ban.
News
1 year ago

Click-and-collect & at-home consumption: Here are some of the proposals for lifting the booze ban

Various proposals have been made to the government to lift the ban on liquor sales and distribution under level 3 lockdown.
News
1 year ago

SAB, which produces the bulk of SA’s beer, said its decision to approach the courts had been a difficult one.
News
1 year ago
Next Article