SA to get first million doses of Covid-19 vaccine this month: Zweli Mkhize 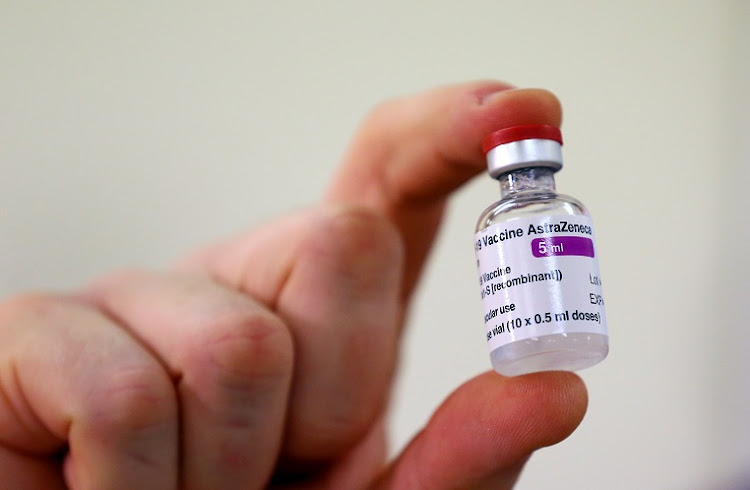 Health minister Zweli Mkhize on Thursday announced that the country will receive its first million doses of a Covid-19 vaccine this month.
Image: Gareth Fuller/PA Wire/Pool via REUTERS/File Photo

South Africa has secured the first  1-million doses of Covid-19 vaccine for health workers for January after concluding an agreement with its manufacturers.

This was announced by Health Minister Zweli Mkhize on Thursday during a sitting of the portfolio committee in Parliament.

Mkhize said government had been unable to give out information on the negotiations about the vaccines due to a non-disclosure agreement signed with the individual companies it was in discussion with.

“South Africa will be receiving the first 1-million doses of vaccine in January and another 500,000 in February from the Serum Institute of India.

“As recently as yesterday [Wednesday] our teams…were aligning all the regulatory processes to ensure that there are no unnecessary delays. We are all happy that the Serum Institute of India and  AstraZeneca have already been approved by other regulators and is being rolled out in other countries. The acquisition has been done directly by the department of health," Mkhize said.

Mkhize appeared before the portfolio committee on health in Parliament, where he had to explain what had caused the delays in procuring the vaccine for the country.

He said government had begun searching for vaccine as early as mid-2020.

ANC to smash myths about 5G and other Covid-19 conspiracies

The ANC will abandon its dismissive approach to conspiracies about Covid-19 and plans to create platforms to educate its members about the ...
News
1 year ago

He told the committee that calculations had shown that the country would  need to vaccinate a minimum of 67%-70% of the population to break the cycle of transmission.

He said government had to look at two options which were on the table. The first was a large number of countries that could negotiate better prices.  The other option was the bilateral agreement wherein countries were expected to put some contribution and bind themselves to the fate of a particular vaccine. That meant that government had to  make non-refundable contributions to secure a vaccine.

“We felt that the risk was too high. We felt it was better for South Africa to work with those countries to first find out what was the most successful vaccine  and then start following the issue from there. We have affiliated on the Covax facility and then committed for the payment of a vaccine worth 10% of the population,” he said.

Mkhize said the Treasury had informed the health department that it needed to raise the  money for the vaccine within the budget framework, which meant that part of the funding had to be made by the Solidarity Fund.

With its choice made, government utilized the Global Alliance On Vaccine (Gavi).

“In that process, those terms of agreement meant that there had to be guarantees. There was a lot of discussion between legal teams on both sides, that is what caused the delay to say what is the best way of expressing this guarantee and between them and Treasury it took time to resolve this…As we speak now, money was paid and guarantees have been signed,” Mkhize said.

Prisoners deserve to be a priority for Covid vaccine

Government has received a lot of criticism from trade unions, economists and medical experts on how it has handled the Covid-19 vaccination programme. The state was criticised for failing to secure agreements with suppliers on time, which would have enabled the country start vaccinating its population on time.

Several countries such as the UK have already started vaccinating their population.

Mkhize said government had been engaging a number of vaccine manufacturers.

He said non-disclosure agreements were signed from about September to allow manufactures to share “sensitive” information.

“We are at a stage where the discussions are sensitive… We were pushing to get the vaccine as early as February,” he said.

He said by the time the vaccination programme starts, the country would  not be far behind  the rest of the world.

Mkhize said government would  be the sole purchaser of the vaccine.

SACP general secretary Blade Nzimande has called on South Africans to watch out for corruption and “state capture networks” in the sourcing of ...
News
1 year ago

Health minister Zweli Mkhize said on Sunday the government was committed to rolling out vaccines with urgency to establish herd immunity against ...
News
1 year ago
Next Article