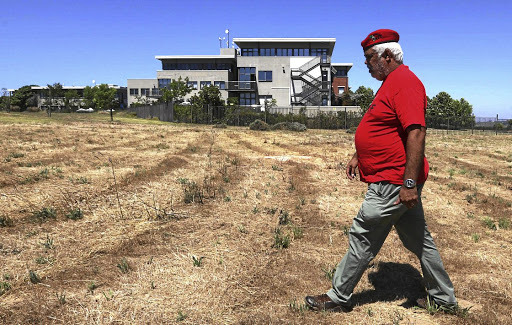 Hendrickse was an outspoken opposition councillor for the EFF. He was also a former SA Amateur Athletic Board junior men’s high jump record holder and champion.

The municipality said Hendrickse died on Monday morning. “Councillor Hendrickse was a formidable councillor whose work ethic was admired and respected by many residents of our municipality,” it said in a statement.

“He was a member of the EFF and served as councillor in Stellenbosch from 2011.

“Stellenbosch mayor Gesie van Deventer, municipal manager Geraldine Mettler, speaker Wilhelmina Petersen and all councillors of Stellenbosch Mmunicipality convey their sincere condolences to the family, friends and colleagues of councillor Hendrickse. We ask that you please keep his family in your thoughts and prayers during this difficult time.”

Hendrickse is survived by his wife and two children.

“When I bumped into Derrick a week ago in Stellenbosch, our parting words were banter about how I cannot even run a 5km and how he cannot even jump one metre because we both grew some kilograms since the early 1980s,” Parrott said. “Derrick gaan jou goed!”

The cause of Hendrickse's death is unclear.