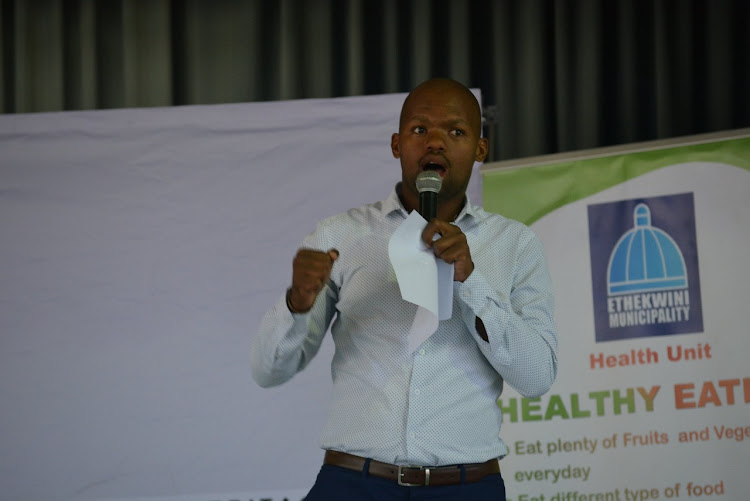 An ANC councillor in eThekwini is in hot water for suggesting there is no Covid-19, that 5G cellphone towers are killing people and that white people have already been vaccinated.

In an audio clip circulating on social media, ward 24 councillor Sifiso Mngadi says: “As leaders of eThekwini we need to take action against this disease. It is not Covid. We are getting this thing from 5G towers, [some] installed during this period in preparation of the second wave.

“Maybe we as councillors need to call a special council meeting, take a decision that all 5G towers must be disconnected in eThekwini.

“White people were vaccinated about five months ago. There was a truck that distributed the vaccine in boxes and white people from all over the province, including places like Ixopo and Vryheid, went there to receive these boxes. It was given to white people only.”

Mngadi said that once 5G towers are disconnected there would be no more sickness in eThekwini.

“This thing of sitting around waiting for Zweli Mkhize, for Ramaphosa ... let us just disconnect the 5G towers. In other countries they disconnected them.”

Mngadi suggested that the eThekwini disaster and information technology departments will do the disconnections, failing which “we will all die”.

“This is a very disturbing voicenote and claim, even for councillor Mngadi. He is known to be eccentric. It is also dangerous. We can’t have communities, especially those that are vulnerable, already facing serious health challenges, believing that Covid-19 is not real or being persuaded by this form of propaganda,” she said.

Graham said the DA hoped there would be an investigation to ensure that public representatives did not get away with such behaviour.

Mngadi confirmed to TimesLIVE that he recorded the voicenote, and that he stood by his comments.

“Yes, it comes from me. I made more research about it. I know the matter of Pavilion [shopping centre], I know. I was at the garage, a truck came and parked and white people came and took boxes. You can see that it was for white people only. We sat with the garage staff and the process took about five hours. It adds up now; they were being given vaccines,” Mngadi claimed.

When asked by SowetanLIVE's sister publication TimesLIVE how he knew the contents of the boxes were a Covid-19 vaccines, Mngadi could not give an answer.

Mngadi is deployed to the city by the ANC.

The party's leader in the region, Bheki Ntuli, on Monday asked for time to listen to the clip. He had not responded by the time of publishing.

At a media briefing on Sunday, KwaZulu-Natal premier Sihle Zikalala spoke strongly against “5G conspiracies”. Zikalala urged residents to educate themselves about the virus.

The DA is not convinced by health minister Zweli Mkhize's presentation about plans to procure and roll out a Covid-19 vaccine for the country.
News
1 year ago
Next Article