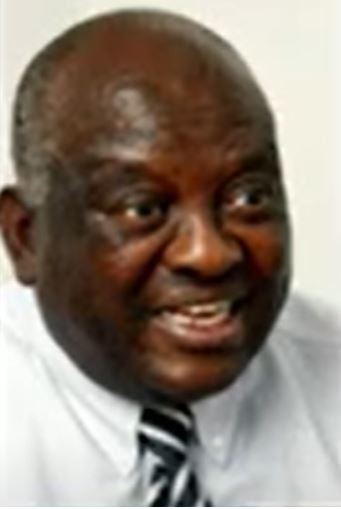 Anti-apartheid activist and a former leader of the Pan-Africanist Congress and Black Consciousness Movement Dr Nchaupe Aubrey Mokoape will be laid to rest on Friday.

He died of Covid-19 complications in a Durban hospital at the weekend. He was 76 years old.

His funeral service takes place at his home in Kloof, west of Durban.

Mokoape is often thought of as the youngest political prisoner in the history of the anti-apartheid movement after he was convicted and imprisoned at the age of 16 for his part in the anti-pass campaign of March 21, 1960, led by Robert Mangaliso Sobukwe.

After he matriculated from Orlando High School he enrolled at the University of Natal Medical School where he met anti-apartheid activist Steve Biko.

Together the pair, alongside “Gees” Goolam Abram Mayet, Mamphela Ramphele, Joel “China” Matsipa, Harry Nengwekhulu and others, would go on to found the Black Consciousness Movement.

In 1974 the SA Students' Organisation (SASO) and the Black People's Convention (BPC) members were arrested for staging Viva Frelimo rallies at Curries Fountain and at Turfloop University, and charged.

Famously known as the State vs Cooper and eight others, the trial lasted from 1975 — 1976. The accused were Saths Cooper, Muntu Myeza, Strini Moodley, Patrick Terror Lekota, Nchaupe Mokoape, Pandelani Nefolovhodwe, Nkwenkwe Nkomo, Kaborone Sedibe and Zithulele Cindi. They were found guilty and sentenced to five and six-year terms on Robben Island.

According to the Wits University Historical Papers, Biko appeared as one of the defence witnesses in the trial in May 1976, and his testimony is included in the court records. The records also include 'The Definition of Black Consciousness'.

Mokoape was released from Robben Island on December 20 1982 after serving six years.

The SA Medical and Dental Council had struck him off the medical practitioners roll for serving a sentence but he won a landmark legal case which restored his medical licence in 1983.

He then joined the Azanian Peoples Organisation and became its deputy president.

According to the Mokoape Family, “Dr Mokoape remained deeply committed to an Azania free of oppression and exploitation.”

After the struggle Mokoape would go on to practise as a physician.

He was married to fellow revolutionary Pomla Gwen Mokoape for 50 years. Together they had six children.

The funeral is in keeping with Covid 19 regulations and will be streamed live.

1. #DrMaitshweNchuapeAubreyMokoape passed away yesterday. His background was in the PAC and Black Consciousness Movement, being one of those convicted after the 'SASO trial' of the 1970s, serving time on Robben Island. I only met Cde Mokoape after 1990

💔 💔 Maitshwe Nchaupe lll Aubrey Mokoape (76) is no more - PAC member, SASO and BPC founder member and an excellent medical doctor. Harassed, banned and detained by the Apartheid regime many times, Dr Mokoape is one of the greatest South African patriots ever. #RIPaubreyMokoape pic.twitter.com/WYJnvti2xF

Thank you for fighting for the many freedoms we enjoy today ❤️✊🏾