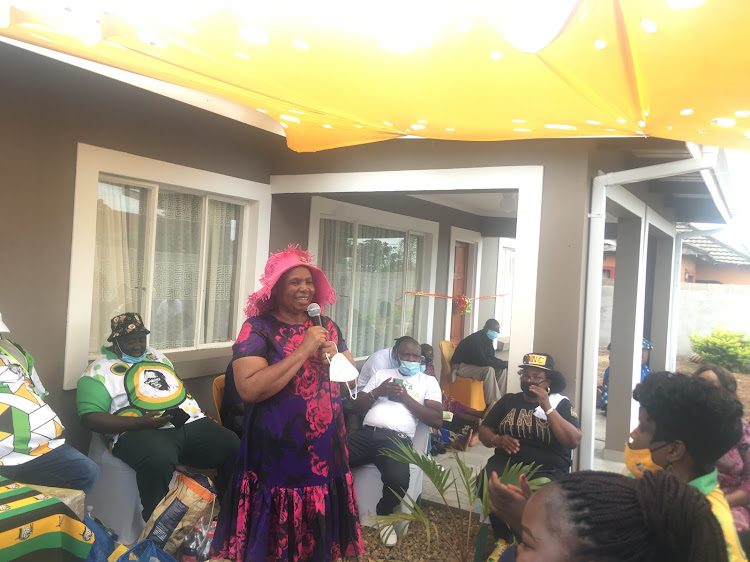 Deputy president David Mabuza, through his foundation, has donated houses to two families in Mpumalanga on Monday morning.

The handover was part of Mabuza's legacy project which has been donating houses since 2013.

Joy was written in the faces of Gogo Amela Fulane,92, from KaNyamazane outside Mbombela and Florah Mbatha, 51, from KaMaqhekeza outside Komatipoort when the received their four bedroomed houses respectively.

"I didn’t believe it when Mabuza came to my dilapidated house and promised to build me a better house. Now all my children and grandchildren are going to stay safely in here. I’m thankful to that young man," said Fulane.

Mabuza had visited Fulane’s house during the 2019 national elections campaign tour and promised to build her a proper house.

Mbatha from KaMaqhekeza's three bedroomed house was engulfed by fire in July.

“I had no way to rebuilt that house that we worked on for years with my husband who passed away. I reported this to friends of DD Mabuza and they came to build me this house saying he endorsed it and for that I want to see and thank DD myself.” said Mbatha.

Both houses were fully furnished with, a bar fridge, four beds and blankets, microwaves, built-in wardrobes,  tiles and TVs.

“These houses are a legacy of our former premier, deputy president DD Mabuza. These projects are his legacy. We have built the 4 roomed houses in KaNyamzane and KaMaqhekeza with the help of willing ANC comrades  and young men. That’s what Mabuza wants through his foundation, for the community to care for one other. I’m sent by him to handover these houses and thank members of the ANC who put their effort to make it happen,” said Mpumalanga Social development MEC Thandi Shongwe.