Jacob Zuma is not in hospital for Covid-19, says son Edward 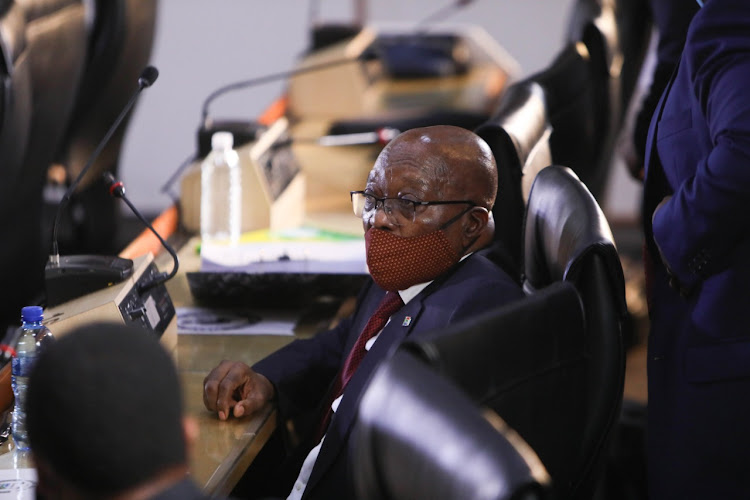 Edward Zuma, son of Jacob Zuma, said the former president is well after he and his wife Gertrude MaKhumalo were reported to have tested positive for Covid-19
Image: Alaister Russell/Sunday Times

Former president Jacob Zuma is well and enjoying the holiday season with family at home.

That's the word from Edward Zuma following a report that the former president and his wife Gertrude Sizakele MaKhumalo were hospitalised after testing positive for Covid-19 on Tuesday.

He said: “We wish to inform the South African public about the health condition of former president Jacob G Zuma.

Sunday World reported that a source confirmed the former first couple were admitted to Netcare The Bay Hospital in Richards Bay, northern KwaZulu-Natal.

Edward said: “We wish to request all South Africans to adhere to and respect all regulations our government has put in place, as the former president has been doing since the start of the pandemic.

“May all compatriots enjoy the rest of the festive season and stay safe, sanitise and wear their masks as it is compulsory.”

Reports of the former president's illness come on the same day he faced heat from the Constitutional Court over his conduct towards the state capture inquiry.

The court was hearing an urgent application by the inquiry to order the former president to abide by two summonses issued for him to give evidence and answer questions in the new year.