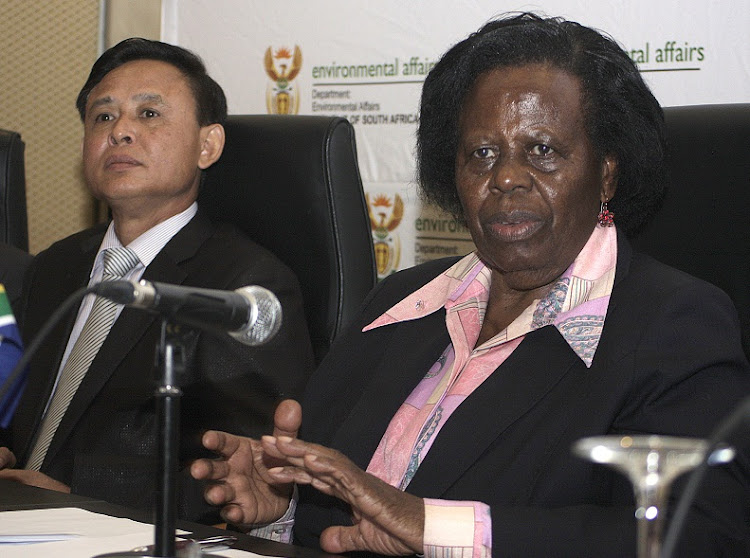 Rejoice Mabudafhasi, 77, who served as deputy minister in at least two portfolios, is tipped to replace Mphakama Mbete as SA ambassador to Zimbabwe as early as January next year, diplomatic sources told SowetanLIVE's sister publication TimesLIVE.

The one-time national treasurer of the National Education, Health and Allied Workers' Union (Nehawu), an affiliate of Cosatu, is expected to seek to strengthen trade and economic relations between Harare and Pretoria.

Lunga Nqengelele, media liaison officer at the ministry of international relations and co-operation, said however that the department will only comment should she present her credentials in Harare.

“We don’t usually comment about ambassador designates before they are accepted by the host country. It’s international practice because a host country has the right to decline. We will only speak after a designate, in this case to Zimbabwe, meets that country’s president to present their credentials and is accepted,” he said.

The chronic traffic congestion at Beitbridge border post has been cleared, says the department of home affairs.
News
1 year ago

The outgoing ambassador’s mission in Zimbabwe was compounded by a breakdown in relations between Pretoria and Harare over the latter’s crackdown on opposition politicians and worsening economy that had ripple effects on SA, particularly through economic refugees.

Before departure, Mbete said trade and economic relations should take centre stage between the two countries.

Mabudafhasi will inherit issues that were not resolved while Mbete was ambassador.