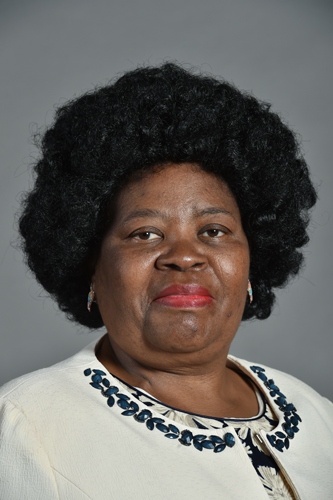 Shabalala was a MP at the time of her death.

After leaving the Durban-based eThekwini Municipality, Shabalala joined parliament in 2019, where she served on the portfolio committee on basic education and the joint committee on ethics and members interests.

In a joint statement, Modise and Masondo said: “Despite being a relatively new parliamentarian, Shabalala swiftly familiarised herself with the workings and complex systems of the legislature. She was diligent and hardworking, particularly in the committees she served, where she helped bolster oversight over the country’s basic education system and ethical conduct of public representatives.”

They added: “The continuing and unprecedented loss of human life due to the Covid-19 pandemic was distressing, and once again underscored the indiscriminate nature of the virus.

“Unless as South Africans we work together to combat the rate of infection by adhering to all the known and widely publicised protocols, this pandemic and its second wave will continue to cause untold suffering and severe hardship to families, communities and livelihoods.”

Respected SA Rugby board member Monde Tabata has died due to Covid-19-related complications.
Sport
1 year ago

One of the three state prosecutors involved in the rape and human trafficking case against Nigerian televangelist Timothy Omotoso has died.
News
10 months ago

Eswatini Prime Minister Ambrose Dlamini, who tested positive for Covid-19 four weeks ago, has died at age 52 after being hospitalised in South ...
News
10 months ago
Next Article