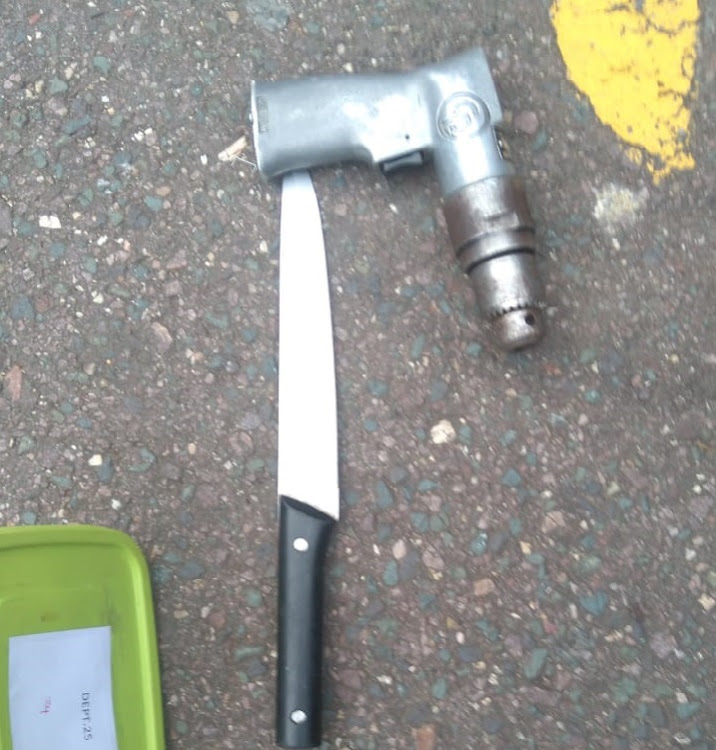 Weapons used to threaten staff were recovered at the scene.
Image: SAPS

A teenager brandishing an air drill and a knife held up staff at a business in Durban and robbed them of cellphones and jewellery. Then his luck ran out.

The 18-year-old robber entered the business premises on Umgeni Road at 5pm on Monday and “threatened the employees with a knife and an air drill”, said police spokesperson Capt Nqobile Gwala.

“He loaded 80 cellphones and jewellery into two bags. The store manager closed the roller door while the suspect was still inside and immediately contacted the police.

“Durban central police officers together with metro police swiftly responded and the suspect was caught inside the business premises,” said Gwala. 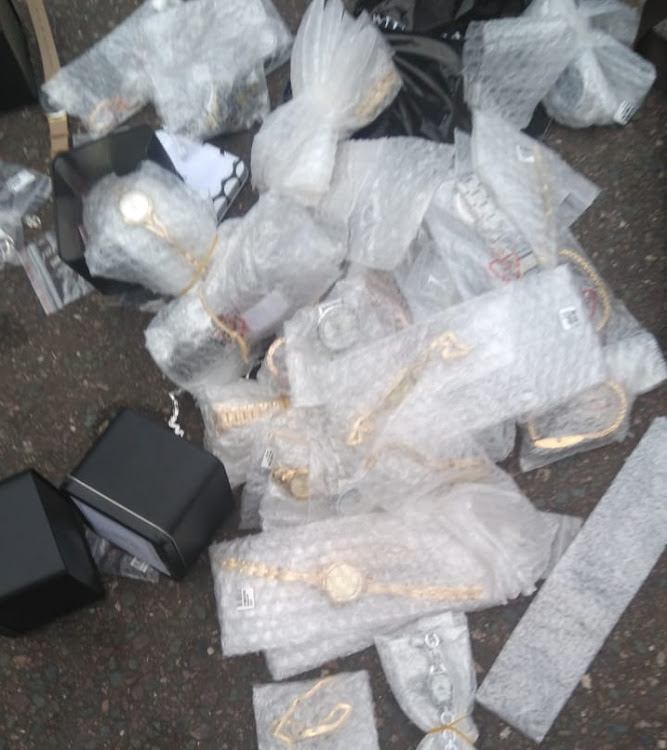 Some of the recovered jewellery.
Image: SAPS

The teen was placed under arrest.

The stolen property and weapons used in the attempted robbery were found in the suspect’s possession.

Charges of robbery, possession of stolen property and possession of a dangerous weapon were opened at Durban's central police station for further investigation.

A manhunt is under way after a brazen robbery at a police station in which pistols, an R5 rifle and a police vehicle were stolen in the Eastern Cape.
News
1 year ago

A Durban man who is alleged to have attacked and robbed a police officer of her firearm and tried to steal another gun from her colleague was fatally ...
News
1 year ago

A police constable who allegedly demanded R20,000 to release a vehicle stolen during a house robbery in Pretoria was expected to appear in court on a ...
News
1 year ago
Next Article