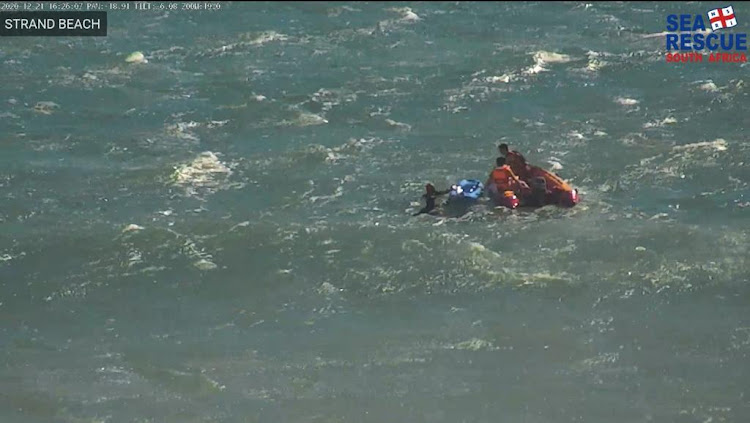 A new water safety camera at a Cape Town beach has quickly proved its worth by playing a key role in saving two lives.

National Sea Rescue Institute (NSRI) volunteer Randall Trapido was monitoring footage from the camera at Strand beach when he saw two men on a sea kayak struggling against a strong southeaster 200m offshore at around 4pm on Monday.

"The two Brackenfell men, believed to be in their 30s, appeared to be unable to remount their kayak," said Ingram.

"Fourteen minutes after capsizing, the two men were rescued by the lifeguards about 100m off the beach," said Ingram.

"They were brought safely to shore, and although they were both exhausted by their ordeal, they required no further assistance."

Ingram said the rescue was an example of "multi-agency teamwork that saves lives".