Without Ramaphosa, the state capture inquiry's work would be incomplete: Zondo 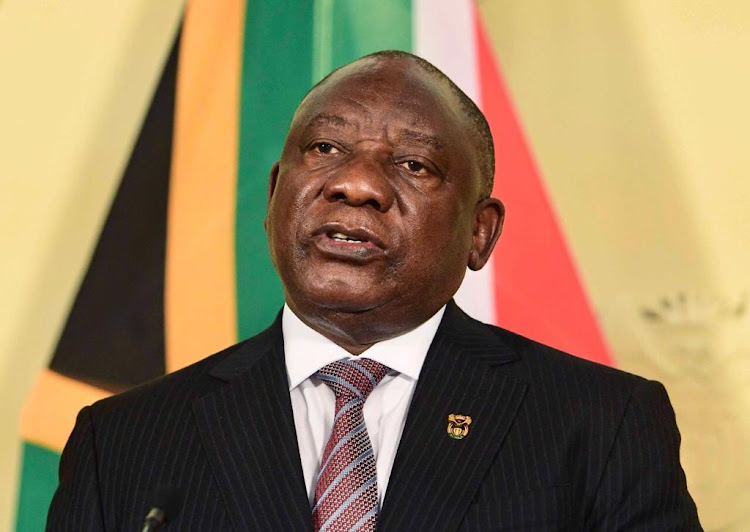 President Cyril Ramaphosa is expected to appear before the Zondo commission before the end of March 2021. File photo.
Image: Jairus Mmutle/GCIS

State capture commission chairperson Raymond Zondo has announced that President Cyril Ramaphosa will appear to give evidence at the inquiry before the curtain comes down on oral hearings by the end of March.

Zondo was addressing the media on Monday about the ground covered by the commission since it started its work in August 2018.

According to Zondo, Ramaphosa will be expected to account about what he knows about state capture, since he was a member of the executive during the time in which it is alleged to have happened.

Zondo has not set down a date for Ramaphosa’s appearance, other than saying it is “likely to be in March”.

However, Zondo did say that the work of the commission would be incomplete without Ramaphosa’s testimony.

He had told Ramaphosa this when the two of them met as far back as 2018, Zondo said.

“I asked him [Ramaphosa] already in 2018, I had a meeting with him and I said the work of the commission would not be complete without him, or the government or the executive coming to the commission to give evidence,” said Zondo.

“That relates to the fact that he was part of the executive during a lot of time or some of the years when some of the things that the commission is looking into are alleged to have happened.

Jacob Zuma’s defiance of the state capture commission was “a blatant violation of the foundational constitutional value of accountability, which ...
News
1 year ago

“The idea was to establish what he may have known about what was happening so that he can tell us what he knew, what happened and what challenges if any there were, but basically it is about what he knows as per what was revealed in the commission in regard to various matters.”

Zondo said the commission's legal team would work out the details of exactly what information would be sourced from Ramaphosa to assist it in its work.

Ramaphosa has been mentioned at the hearings on at least three occasions.

Most recently, former Eskom CEO Matshela Koko told the commission that it was Ramaphosa who issued the instruction that he be fired in early 2018. Koko had challenged his removal at the labour court and won, but would later resign.

The president was also implicated in testimony related to African Global Operations, previously known as Bosasa, which contributed to his CR17 party presidential campaign before the ANC Nasrec conference in December 2017.

Furthermore, Ramaphosa, according to former Prasa board chairperson Popo Molefe, was among ANC Top 6 leaders who were alerted about corruption at the state-owned passenger rail company but failed to intervene.

Zondo added that it had also been his intention to get ministers, past and present to submit affidavits to the commission to say what is it that they knew about state capture.

He expressed disappointment that not many heeded the call and was doubtful that they would do so with only three months left before the commission wraps up its work.

Said Zondo: “I had expected originally that more ministers would have come forward.

“Unfortunately the numbers of those who have come forward and testified is quite small. Many past ministers have not come forward on their own which is regrettable.

“We might get some but I am not very hopeful. We appreciate that some did come forward and assisted the commission a great deal.”