Why people cross the border without a Covid test 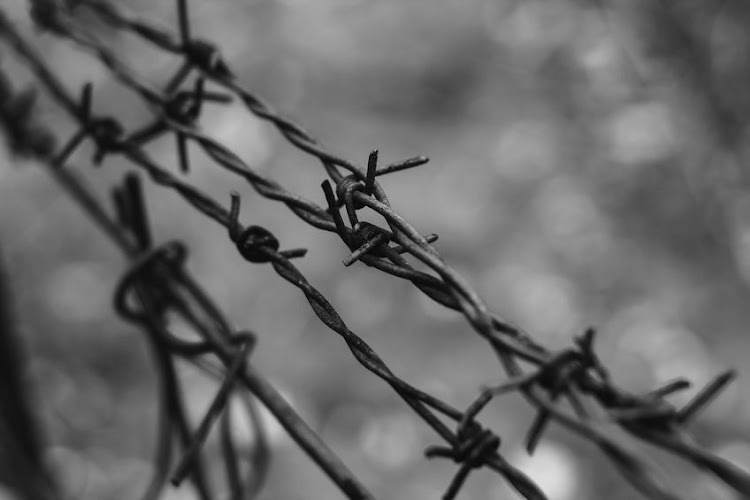 Those who can’t afford the Covid-19 test cross in specific taxis or use a perilous route on foot. Stock photo.
Image: 123RF/Iryna Piskova

Though international borders were closed for months during the most restrictive stages of the Covid-19 lockdown, many in SA were able to travel to neighbouring Mozambique with relative ease.

Jonas Sithole* explains that food delivery trucks were still operating, so a commuter could cross to a country of their choice in either a van or a truck by paying R1,500. Now that borders have been officially reopened, cross-border taxis are back in business.

The taxis serve people who want to go back home for the holidays but can’t afford the compulsory Covid-19 test, which ranges from R200 to R850 while travelling clinics charge over R1,000. Government hospitals do free tests but the turnaround time could offer a challenge for travellers as they have to present a negative test not older than 72 hours at the border.

Sithole, who is originally from Mozambique, works as a taxi driver in SA. He explains that some taxis have a connection and agreement with those working at the Lebombo border. “If you have money, you don’t even need a passport or the Covid paper to prove you are negative ... you can pass through for R300 without the paper,” says Sithole.

Sipho Zitha*, a taxi user, says he was afraid of being stuck in Mozambique without work in March. He came back to SA to find employment and send money back home just as borders closed. He paid M5,000 (R1,000) for his wife to join him in SA during lockdown.

“Our problem is that since Covid, our passports have expired, so they won’t stamp them,” says Zitha.

A Zimbabwean truck driver who survived an ambush by six gunmen on the N12 highway near Daveyton, on the East Rand, yesterday was just 35km from his ...
News
10 months ago

Sithole interjects, “Now the issue is that they cannot go back [legally] because the passport will obviously state that he is still in Mozambique when he has been back in SA. [His passport] has been [invalid] for five months.”

Zitha, who says he cannot afford a Covid-19 test, and his wife can’t cross the border through proper channels to renew their passports. But moving through the border this way leaves them susceptible to many dangers, including enterprising criminals.

“Some are scared ... They are beaten by thugs. They are raped because they use the ... bushes [to] cross the border from SA to Mozambique or the other way around ... The people you find in SA want R300 to help you pass through to the next side. While you are walking, people will find you and demand your cellphones, groceries or valuables and goods,” says Ana-Paula Mondlane*.

Mondlane says some have lost their lives because they could not pay or they fell to their deaths at a particular area. Sometimes the organisers of the bush trek randomly hike up prices en route if they suspect you have more money.

“What can you do? You want to see your family or go and look for a job to look after your family, so you will pay,” she says.

Mondlane says the R300 is specifically for the crossing, but it is likely you’ll end up paying more “because now you have to give money each time you see a policeman asking for papers”.

Another commuter says he also wants to go back home but cannot just yet. “I won’t go home as long as things are like this. I don’t have the money for this test or even time to spend 14 days in quarantine. In that time, obviously I lose money, my job and I don’t see my kids. Without that paper, I cannot go past ... even if I pay R300, I don’t want to get beaten and robbed.”

Sithole was in the process of building a new home, which was burgled while he was stuck in SA. He cannot see his family, give his children Christmas clothes, find out about their schooling or prepare them for next year. “I have family, but to talk to people via the phone is not the same. It is better to be next to them.”

Sithole says it is unfair the test costs so much.

“Some [people] are not known or registered, but we know that they work this side [in SA]. Now they have to pay R850 in SA, that is M4,200 now in Mozambique [for the test], so to come back they have to test again and pay that money to get that paper saying they are negative. You are basically working just to cross the border, not for your family,” complains Sithole.

He adds that while tourism seemed to be the main focus when the government was considering reopening the borders, there appeared to be little attention paid to the impoverished who take on low-paying jobs such as gardening, painting, tiling and hairdressing to feed their families.

“Where will [they] get money for the test? What other means can they do to minimise this price? It must be cheaper, that way people can move. They assume everyone has money. They are saying tourism, if you have noticed, people who are going that side are going for business and things, but a person who is eager to reunite with their family won’t go because of these restrictions,” he says.

The effects of Covid-19 on travel

Sithole says when borders reopened, there were only three cross-border taxis working that he knew of, and they waited a long time to fill up. A lack of money meant people were not crossing the border as often.

People are not paid the same as they were before the outbreak, Mondlane says, but many are concerned about the livelihoods of their families.

She claims to have heard of mistreatment at borders.

There are 100,156 active cases of Covid-19 in SA, according to the latest update by the health ministry.
News
9 months ago

Chico Maluleke* left for Mozambique in March and wasn’t tested. Border officials checked his temperature and gave him a document allowing him through. “When we came back, that’s when we got tested in SA. We were screened in March on the Tuesday before borders closed ... they must go back to what they did initially, where they checked your temperature and [made] you stay if it was high,” he says.

Though thermometers are widely used, they cannot diagnose Covid-19. Only a swab test can determine whether one has the virus or not.

Maluleke says he has also heard of abuse happening in quarantine. “They squeeze you into a room somewhere, and afterwards people are seen coming out in tears and in pain.

“They go to the border expecting to be quarantined but they are beaten, denied food and abused. It’s happening on the SA side. The Mozambican side doesn’t even know what’s going on. I would rather not go back home,” he says. “Why is it that people from European countries are treated better and differently than us as Africans? Why do they treat us ill when we are Africans? We should be helping each other. We were already living in poverty and this thing found us like this, so why mistreat us more?”

While President Cyril Ramaphosa may have called for people to exercise restraint and avoid travelling home during the holiday season, the great SA exodus is inevitable — whether through the proper channels or not.

SA National Defence Force spokesperson Brig-Gen Mafi Mgobozi, said that he had no information on people crossing the border without the government’s approval during lockdown, but explained that soldiers were deployed to patrol the border. “We do have challenges ... because of financial constraints. Our soldiers are doing their best to try to prevent people coming in and leaving SA through the border,” he says.

Home affairs’ Siya Qoza did not respond to questions sent to him.

*Not their real names. Pseudonyms are used to protect identities.