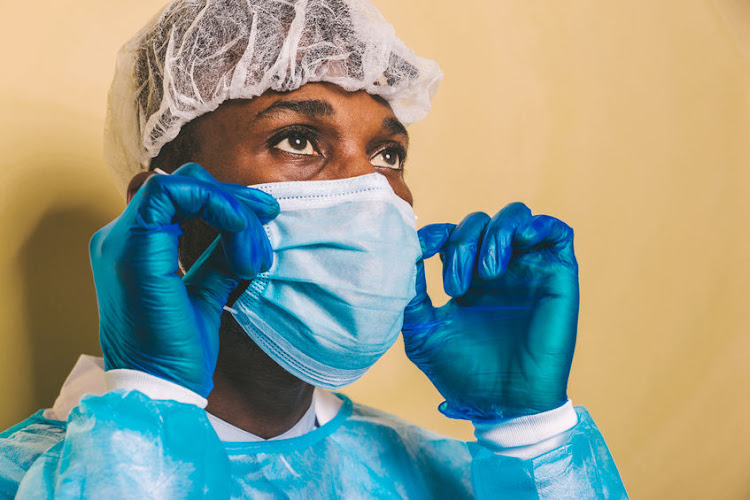 There may be little choice but to tighten lockdown regulations unless people adhere to social distancing and health protocols as Covid-19 cases spread exponentially in parts of SA.

That was the stark message from Prof Ian Sanne - a member of the ministerial advisory committee on Covid-19 but speaking in his private capacity - in a radio interview on Monday.

“What we do know is that the case rates are going on an exponential curve, going up very quickly and that we are out of private sector beds and we are soon going to be out of public sector beds [in some areas] and therefore are appealing to the public to really start adhering to the social distancing messages,” he told Cape Talk.

“I think that ... in my personal capacity, I think that South Africa will have no choice but to lock down further if people don’t start socially distancing.”

Sanne was speaking about a variant of the virus, initially detected in the Eastern Cape, which has spread to other provinces. Samples were also being detected in Gauteng.

Covid-19 lockdown has hit the NSRI’s schools programme, with less than half the planned number of children getting water safety lessons this year ...
News
1 year ago

He confirmed that the variant was not the same as a variant spreading in the UK.

Sanne, who is also head and founder of Right to Care, a health organisation that responds to public health emergencies, told the Sunday Times that the data on rising cases in seven provinces “mimics the data we have on movement” of people.

“It spread from Nelson Mandela Bay to other districts in the Eastern Cape, particularly Buffalo City. It moved to southern parts of KwaZulu-Natal and then into the Western Cape via the Garden Route,” he said.

“We are now worried about the Overberg and the winelands as they see a lot of movement from the Eastern Cape, while Thabo Mofutsanyana district in the Free State will likely be next.”

Gauteng is also “likely to be a significant hotspot going forward as more people [move] from the Eastern Cape to Gauteng than the other way around”.

Sanne said he was “worried” because the variant that has become dominant has “increased binding affinity and higher viral loads”.

“Whether that goes with a less severe disease, we don’t know ... but the case rates are on a very steep curve in the main provinces and the private sector is now at maximum capacity with full ICUs and high care, and even general wards are having to turn away elective procedures to accommodate new cases.”

He said public hospitals will reach capacity, and that Right to Care, “having worked in disaster medicine to support the department of health” had recommended that surge capacity be increased within existing hospitals rather than by opening field hospitals, as the latter required additional logistics, management and staffing.

On more young people getting sick, he said, “Our ICU colleagues are surprised by the number of admissions in the age group 15 to 25 and severity of presentations and their need for ventilation. We are no longer convinced that young people have any special protective mechanism or physiology. They are also prone to severe infections.”