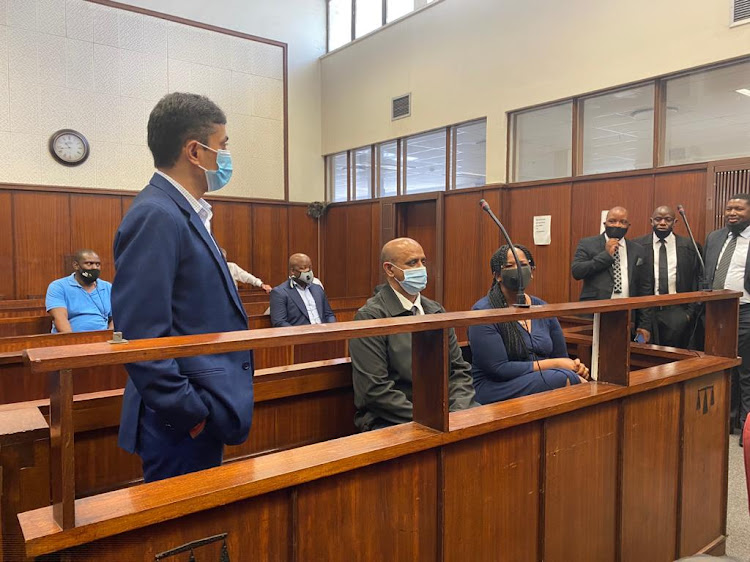 The matter was transferred to the high court when the accused appeared in the Durban regional court on Thursday.

Narainpershad was not present as the court heard he had been in quarantine after his son tested positive for Covid-19.

The racketeering certificate would allow the state to draw in a lot more people to be charged in the matter, as they would be charged together, as opposed to individually. Paver said the state also intended on prosecuting five others in the matter when it goes to the high court.

#Five others are expected to be prosecuted in this matter and will join Panday, Madhoe, Narainpershad and Ngobeni when they appear in the Durban high court on February 8, 2021. @TimesLIVE

Panday is alleged to have forked out R26,000 for Ngobeni's husband's birthday party in 2010.