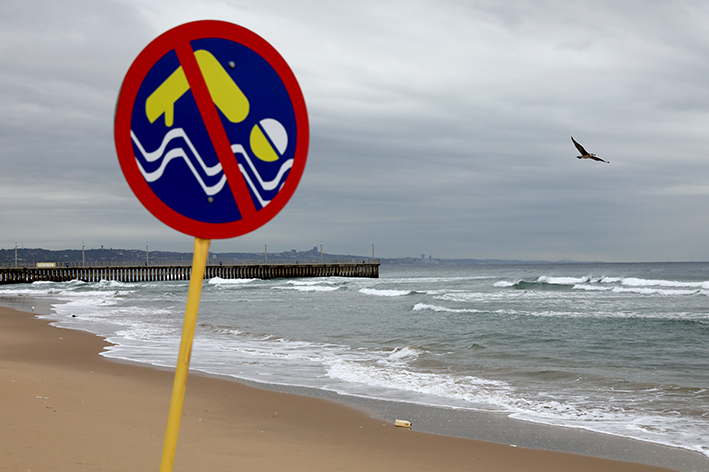 The regulations AfriForum wants the court to declare as unconstitutional relate to the closure of beaches in the Eastern Cape and Garden Route from December 16 to January 3 and the shutting of beaches on peak festive season days in KwaZulu-Natal.
Image: Sandile Ndlovu

The regulations AfriForum wants the court to declare as unconstitutional relate to the closure of beaches in the Eastern Cape and Garden Route from December 16 to January 3 and the shutting of beaches on peak festive season days in KwaZulu-Natal.

The limiting of access to beaches amounted to the restriction of a basic human right, the lobby group said in a statement.

“In terms of the constitution a basic human right such as freedom of movement can only be restricted if it is, firstly, justifiable, and secondly, if it is supported by generally acceptable legislation. The government can thus not have different regulations for different beaches considering that it is not a legal principle with general acceptability. The civil rights organisation agrees that mass gatherings on beaches must be prohibited seeing that no social distancing is maintained during these gatherings.’

AfriForum’s head of campaigns Monique Taute said, “It is unconstitutional and discriminatory to close certain beaches given the enormous economic impact that it will have on especially coastal towns, that have been suffering the whole year due to the lockdown regulations. The December holiday is an opportunity to recover their economies to an extent and the closing of the beaches will lead to immense, irreparable damage for the businesspeople of these towns.

The Supreme Court of Appeal on Friday overturned the conviction and sentence of two North West farmers who were convicted of killing a teenager in a ...
News
1 year ago

Col Bongani Gininda, the lead investigator in the Senzo Meyiwa murder case, has been praised by AfriForum for work which led to the arrest of five ...
News
1 year ago

“To visit the beach is a form of recreation that takes place outdoors and people are exposed to the sun that contributes to a healthier immune system. The alternative is that people will turn to places like shopping centres and restaurants that hold a much higher risk of spreading the virus,” said Taute.

The Garden Route district municipality is also considering a challenge to the beach ban, in addition to the DA which called on President Cyril Ramaphosa to explain the justification for it by the end of Wednesday or face legal action.

Ramaphosa said in an address to the nation on Monday evening, “One of the greatest challenges we need to confront are the huge crowds that flock to beaches and recreational parks on public holidays over the festive season. We have undertaken extensive consultations on this issue so that we can find an approach that reduces the risk of large-scale transmission while limiting the negative impact on businesses in coastal areas.”

He added: “In the areas with the highest rate of infection, beaches and public parks will be closed for the duration of the festive season from December 16 to January 3. This will apply to all of the Eastern Cape, as well as to the Garden Route district in the Western Cape.

“In KwaZulu-Natal, beaches and public parks will be closed on what are traditionally the busiest days of the season. These days are the December 16, 25, 26 and 31 and January 1, 2 and 3.”

Leaked matric exam papers must not be rewritten, judge orders

The two leaked matric exam papers must not be rewritten, the Pretoria high court ruled on Friday.
News
11 months ago

Judge Norman Davis will hand down judgment electronically on Friday on whether two leaked matric examination papers will be rewritten.
News
11 months ago
Next Article