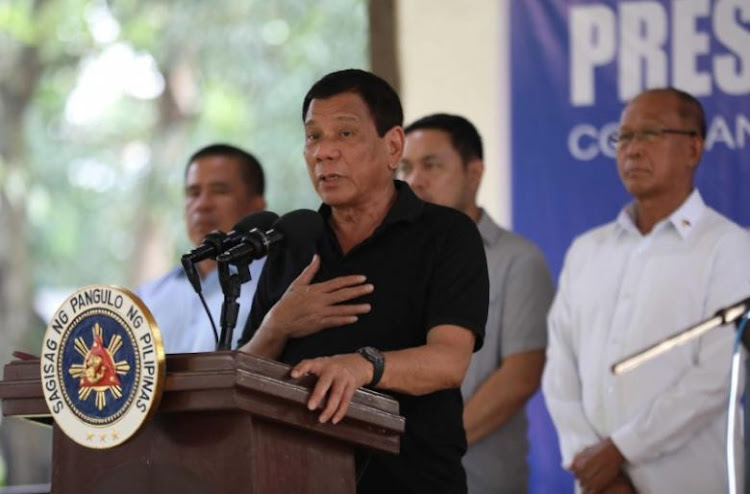 The office of the International Criminal Court's (ICC) prosecutor said there is a “reasonable basis” to believe that crimes against humanity were committed during Philippine President Rodrigo Duterte's war on drugs.

Since taking office in 2016, Duterte launched a bloody anti-narcotics crackdown in which thousands have been killed, sparking global outrage and criticism from rights groups.

Duterte has at times lashed out at what he said were international efforts to paint him as a “ruthless and heartless violator of human rights” and unilaterally withdrew the Philippines from the ICC's founding treaty in 2018.

The presidential office on Tuesday dismissed the report as speculative and legally erroneous.

“They can do what they want to. We do not recognise the jurisdiction of the ICC,” Harry Roque, Duterte's spokesperson, told a news conference.

The report issued on Monday said “the office is satisfied that information available provides a reasonable basis to believe that the crimes against humanity of murder, torture and the infliction of serious physical injury and mental harm as other inhumane acts were committed” between 2016 and 2019.

Philippine President Rodrigo Duterte has warned violators of coronavirus lockdown measures they could be shot for causing trouble and said abuse of ...
News
1 year ago

Many people targeted had been on a drug watch lists compiled by authorities or had previously surrendered to police, while a significant number of minors were victims, the report said.

Government data show that 5,942 suspected drug dealers have been killed as of the end of October, though rights groups suspect the death toll is much higher and say thousands more have died in shadowy circumstances.

Philippine police spokesperson Ysmael Yu declined to say, saying his office has yet to receive a copy of the ICC report.

The Hague-based ICC started its preliminary examination of the Philippines drug campaign in 2018 and is due to reach a decision on whether to seek authorisation to open a formal investigation in the first half of next year.