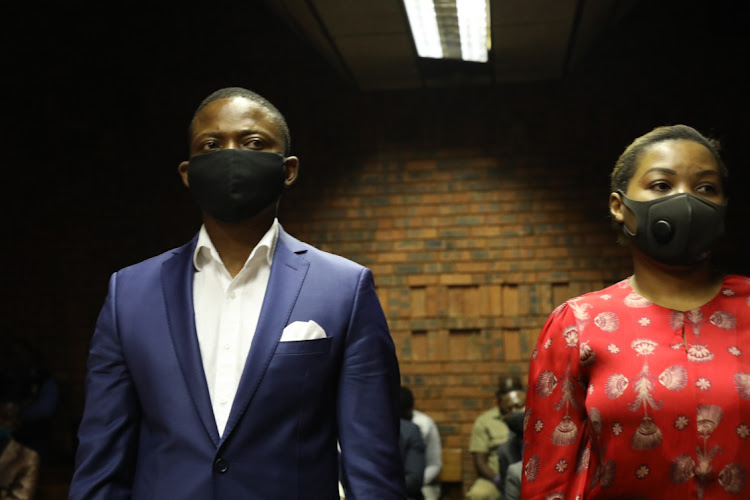 If the testimony by investigating officer Lt-Col Daniel Marais is anything to go by, there will be more arrests in the case involving fugitive couple Shepherd Bushiri and his wife Mary.

This transpired during cross-examination in the bail application hearing of Bushiri’s co-accused Willah Mudolo at the Pretoria magistrate's court on Tuesday.

Mudolo is appearing alongside his wife Zethu and Landiwe Ntlokwana. The trio, together with the Bushiris, are facing charges of fraud, theft and money laundering involving about R100m.

When Mudolo’s advocate JP Marais asked the investigating officer if other people were involved in the alleged money laundering scheme who have not yet been arrested, he replied: “That’s correct.”

On Monday, the investigating officer told magistrate Thandi Theledi that Mudolo was found in possession of three cellphones while being detained at the Kgosi Mampuru Correctional Centre. They were later confiscated.

The court also heard that CCTV footage from the Airports Company SA showed evidence of a person who resembled Mudolo trying to leave SA on October 13, 16 and 17 using different passports.

Marais said Mudolo had previously stated he had a bond on his property which was paid off and intended pledging it as security for his bail. However, on November 10 and December 3, Marais received information about a loan between Assetline and Rising Estates (Pty) Ltd.

“[Mudolo] was arrested on October 17 2020. At that specific point in time Rising Estates (Pty) Ltd owed Assetline an outstanding amount of R8.2m. This debt was paid in full during the time of his incarceration. This indicates to me that [he] has access to vast amounts of funds even while incarcerated and therefore remains a major flight risk.”

Marais said Mudolo did not present evidence as to why he did not pose a flight risk.

“It is not clear nor declared to where the accused owns or leases property outside the borders of SA. It is also clear that the accused generates funds or has access to funds from outside SA.

“The accused on his own account has strong ties with Hong Kong, Kenya, Nigeria, the UK and Zambia for reasons set out in this affidavit. The accused has international business ties and can run this type of criminal business enterprise globally from anywhere in the world,” he alleged.

During cross-examination, advocate JP Marais asked if the matter was ready to go to trial.

“The case is not trial-ready yet ... because there are other people that are appearing in court concurrently with this investigation,” said the officer. The investigation was expected to be concluded “in the next month or so”.

TimesLIVE reported on Monday that the attorney-general in Malawi had given authority for the Malawi high court to issue a warrant of arrest for Shepherd Bushiri.

Mudolo, a Zambian national, previously told the court that he intended pleading not guilty.

“I intend to plead not guilty and will provide evidence to the state that any and all funds that was paid into the business account of Rising Estates (Pty) Ltd, without my knowledge but on instructions of Mr Shepherd Bushiri, was repaid to the nominated account of Mr Shepherd Bushiri and various beneficiaries,” he said in his written sworn affidavit.

The Bushiris skipped the country last month after being granted bail.

South Africa could be a step closer to securing the extradition of Malawian fugitive, self-proclaimed prophet Shepherd Bushiri and his wife, Mary.
News
3 months ago

Willah Mudolo, the only co-accused of self-proclaimed prophet Shepherd Bushiri who remains behind bars, allegedly tried to flee SA three times for ...
News
3 months ago

The legal representative of one of self-proclaimed prophet Shepherd Bushiri’s co-accused will have his work cut out in pleading his client's case for ...
News
3 months ago

A senior police officer and her husband will appear in court again in February related to a R500,000 corruption case linked to self-proclaimed ...
News
4 months ago
Next Article