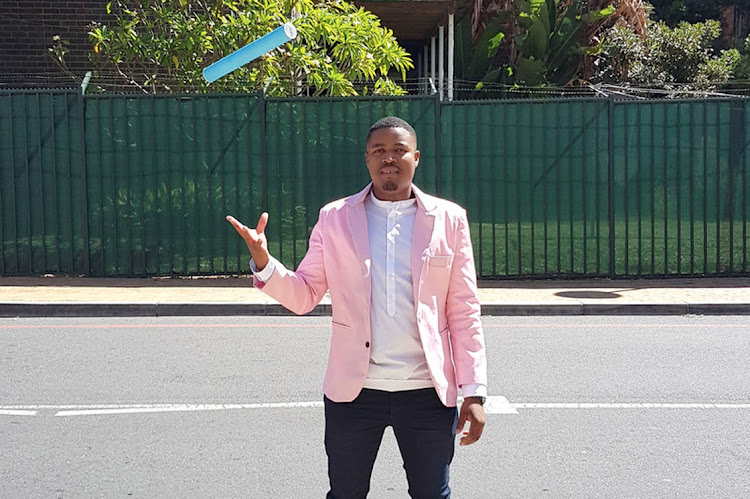 It took dedication and perseverance for Tshediso Mahange to achieve his dreams
Image: SUPPLIED

Perseverance has paid off for Tshediso Mahange, who grew up cleaning people’s yards and playing snooker challenges to survive.

His hard work and dedication will finally pay off tomorrow when he will join hundreds of University of Cape Town (UCT) graduates during a virtual graduation ceremony, which is the first of its kind for the institution since the onset of the Covid-19 pandemic.

Mahange will receive his bachelor’s degree in business science with a major in finance from the faculty of commerce.

“The road has not always been easy for me and I had to start fending for myself when I was just 13 years old. That was after I endured years of emotional and mental abuse at the hands of my stepfather. I then moved out from a place I called home and went to stay in a shack, which was previously owned by my mother at Tsietsi in Katlehong, east of Johannesburg,” he said.

Mahange faced with new challenges there as he was surrounded by crime, gangs and drugs. Boys his age were recruited by gang leaders to lead a life of crime in exchange for money.

However he was determined to change his life for the better and he did that through education.

Durban woman graduates with master's degree in nursing at 75

University of KwaZulu-Natal graduate Pumla Ntikinca is proud that at 75 she still drives and has achieved her master's degree in nursing.
News
1 year ago

Escaping the township can often be a deferred dream

The young intern coming for an interview was running late. It was an interview that could change her life and the lives of other family members who ...
Opinion
1 year ago

“I had to stay focused and I did a lot of odd jobs on weekends, from cleaning people’s yards to playing pool/snooker challenges for money. That helped me buy food and stationery at the beginning of the year. During my matric year, I was the top-performing learner and Gauteng City Region Academy gave me R50,000 a year for my higher education and that is how I enrolled at UCT. The rest of my study fees and accommodation were covered by the National Student Financial Aid Scheme. I was also lucky to get a partial bursary from Bateleur Capital, which is an investment company, for having a good academic record in my second year,” he said.

Mahange described his graduation day as a bittersweet moment. “I remember when I first arrived at UCT in 2015 with nothing but the contents in my backpack. I felt sad and alone when I looked around and saw other first-year students surrounded by their families. I spent my first day in tears and it dawned on me I had no family I could share my success with,” he said.

Mahange said he was grateful to the UCT’s mentorship programme and with the help of a faculty psychologist, he learnt to face the demons of his past head on. He also made a conscious decision to immerse himself in his studies and to do well.

“When I made this mind shift, everything started to fall into place and it became a bit easier for me. I began to deal with things while focused on my end goal,” he said.

Mahange said his biggest dream was to establish a private school to help children from disadvantaged backgrounds.