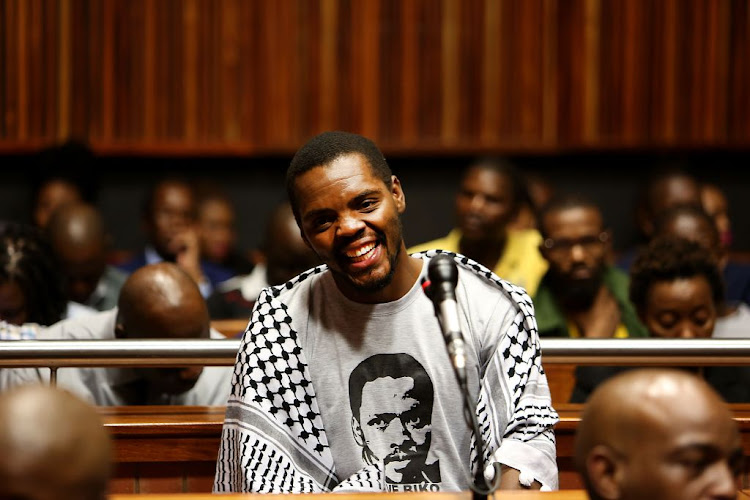 Fees Must Fall activist Mcebo Dlamini has apologised for hurtful comments made about Jews. 'I hope that my apology will be accepted as sincere and honest,' he said.
Image: Alon Skuy

The former Wits SRC president Mcebo Dlamini has apologised to the SA Jewish Board of Deputies (SAJBD) for the antisemitic comments he made in 2015.

In his comments, Dlamini expressed admiration for  Adolf Hitler and delved into stereotypical antisemitic tropes about Jews. The SAJBD lodged a formal complaint against him with the SAHRC at the time.

“The sincerity with which he acknowledged the hurt that he caused our community was palpable. This understanding prompted him to make an unequivocal apology. His recognition that the statements were antisemitic, hurtful and offensive, together with his genuine apology, enables us to heal from the hurt he caused.

“It is important for us as a community, and as South Africans, to identify when genuine remorse is expressed. It is equally important for us to accept a sincere apology of this nature as it enables us to move forward.”

Student activist and "fees must fall" leader Mcebo Dlamini's trial has been delayed because he is writing exams.
News
1 year ago

“In 2015 I uttered statements about Jews and Israelis that were not only provocative but also extremely offensive. It is only in retrospect that I began to appreciate how much my statements were both ill-advised and to a certain extent dangerous because they ignored the kind of trauma that they caused.

“As someone who is interested in politics and how they can be used to advance a better world for all I should have known better,” Dlamini said.

He said he has now matured and has a better understanding.

“It is because of this that, in good faith, I hope that my apology will be accepted as sincere and honest. This apology is well thought out and is a result of extensive consultation. I have thought very deeply about the kind of leader I want to be and it is definitely not a leader that spreads hate and rejoices at the misfortunes of others.” he added.

'Mcebo Dlamini is a revolutionary, we will never forget his name': Mbuyiseni Ndlozi

'No court judgment will bury his contribution'
News
1 year ago

Mcebo Dlamini given suspended sentence for violence during #FeesMustFall protest

#FeesMustFall activist Mcebo Dlamini handed down a suspended sentence after he pleaded guilty to public violence and contravening SA's immigration ...
News
1 year ago
Next Article