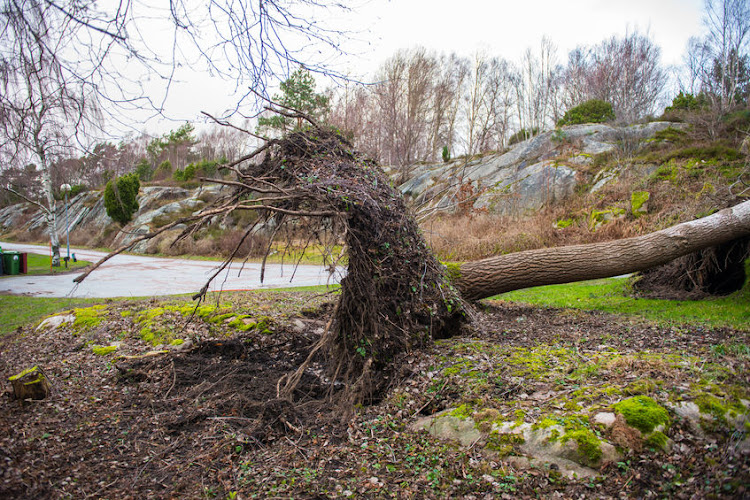 Two children were killed during a fierce storm that destroyed houses, uprooted trees and knocked out electricity at Pampierstad in the Northern Cape.

Another two people who were injured during the storm on Saturday were transported to Hartswater hospital for medical treatment.

“An inquest docket has been opened following the death of two children aged 12 and 18 ... after a wall collapsed on them during a storm that destroyed a number of houses and shacks in Pampierstad area,” said police spokesperson Capt Olebogeng Tawana.

“Some households were left homeless after their dwellings were destroyed by the heavy storm.”

Tawana said the whole of Pampierstad was affected by the storm. “Electricity is down, trees were uprooted and roofs blown off some houses in the area.”

Rev Vusimusi Sigudla said in a post on Instagram that the storm hit as he was attending a graduation ceremony in a church building. “We were all trapped inside this building when the tiles were blown off by the heavy storm.”

“Tiles were all over our main street obscuring and disturbing the flow of traffic. Elsie Sigudla my wife and Billy my son, were trapped in the car as they were driving into Pampierstad from a funeral.”

When Nthatisi Bembe,12, was called to come home by her angry parents this week, none of her friends thought that would be the last time they will see ...
News
1 year ago
Next Article