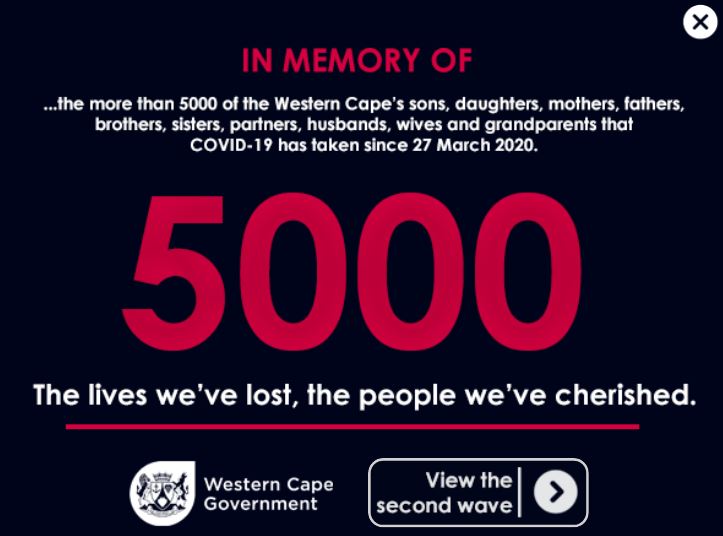 The Western Cape's active cases of Covid-19 soared above 20,000 for the first time in Saturday. 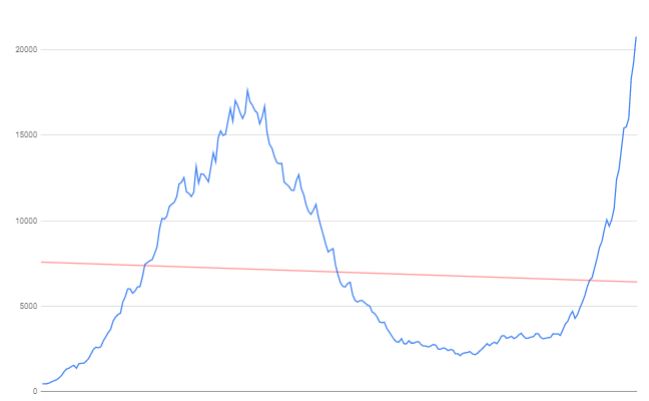 The growth of active Covid-19 cases during the Western Cape's second wave is outpacing the first wave. The red line indicates the long-term trend.
Image: TimesLIVE

The second wave of the provincial outbreak is significantly outpacing the first in the rate at which infections are spreading, and the number of cases has multiplied by almost six in the past month.

The provincial government dashboard tracking the virus greets visitors with a memorial to the 5,000 people who have died of Covid-19 since the Western Cape's first mortality on March 22. The death toll rose to 5,043 on Saturday.

Cape Town is responsible for 11,276 (54.3%) of provincial infections but active cases per 100,000 people are highest in the Garden Route towns of Knysna, Mossel Bay, George and Plettenberg Bay.

Knysna, the most intensely infected area with 1,089 cases per 100,000 people, is three times worse off than the most problematic part of Cape Town, in the southern suburbs.

Alan Winde has urged Western Cape residents not to attend social gatherings that could become superspreader events.
News
1 year ago

With a second Covid-19 wave battering the Western Cape, local leaders have lambasted citizens who put extra pressure on systems that already take ...
News
1 year ago