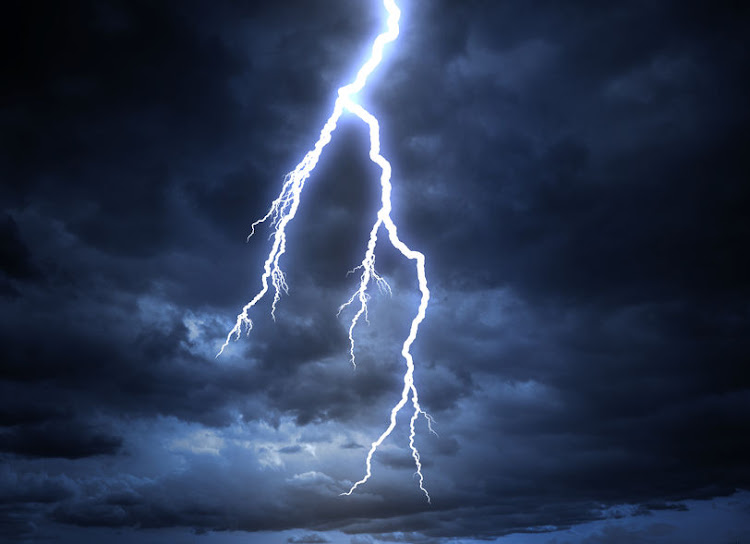 Two people were killed by lightning in KwaZulu-Natal on December 11 2020.
Image: 123RF/believeinme33

Two members of the same family were killed by lightning in KwaZulu-Natal on Friday.

A survivor of the lightning strike in Nongoma, 300km north of Durban, was taken to hospital, co-operative governance and traditional affairs MEC Sipho Hlomuka said on Saturday.

Hlomuka issued a statement in which he sent condolences to the Buthelezi family and said disaster management officials had been asked to support survivors.

“The storms damaged a number of houses in both Nongoma and Ulundi, and disaster management teams are busy with assessments,” the statement said.

The SA Weather Service warned of severe thunderstorms on Saturday in the uMgungundlovu, Harry Gwala, Amajuba, uThukela and Ugu districts.

Man dies after being struck by lightning in Gauteng

A man in his 30s was killed by lightning during a thunderstorm on a farm in Elandsfontein, Gauteng, on Monday.
News
1 year ago

Two more Gauteng pupils have died, with one of them being killed by a stray bullet
News
2 years ago

Gauteng education department officials will on Monday be visiting schools to offer counselling after the deaths of two pupils and to investigate ...
News
2 years ago
Next Article