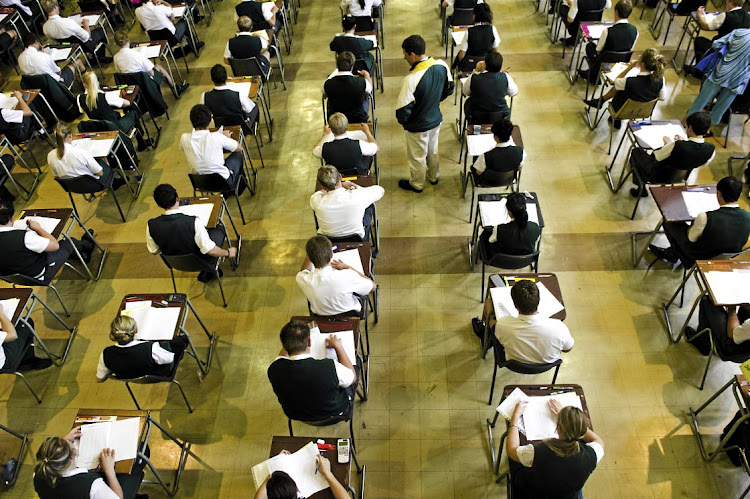 Umalusi’s Adv Dennis Fine said the pupils were not going to suffer any irreparable harm if they were required to rewrite the leaked papers.
Image: Gallo Images

The department of basic education says should the decision to rewrite the two leaked exam papers be set aside, it will mean the certification of the two subjects will be put in abeyance for months.

The department’s director-general, Mathanzima Mweli, said in his affidavit filed in the North Gauteng High Court in Pretoria that this would mean a few hundred thousand pupils who wished to enroll at higher education institutions would not be able to do so. At least 390,000 matriculants who sat for the two subjects would be affected by this, the department said.

This was in response to a court challenge by the SA Democratic Teachers Union (Sadtu), AfriForum and other interested parties to review the state's decision to make the 2020 matriculants rewrite their mathematics paper 2 and physical science paper 2.

The department’s Adv Chris Erasmus told the court yesterday during oral  arguments that a number of pupils had already applied at institutions of higher education and the delay in the writing process will impact on the timeline which starts in January.

“The National Senior Certificate is the passport for the future of these learners. The department did not want to take too long from the first writing of the papers because they tried to get the exams behind them [matrics] and not have them go on a holiday and return to write the paper,” Erasmus said.

Judge Norman Davis will hand down judgment electronically on Friday on whether two leaked matric examination papers will be rewritten.
News
10 months ago

Mweli said in his affidavit that the leak of the two papers was widespread as the preliminary investigations indicated that there were more than 15 WhatsApp groups where the papers were circulated.

Umalusi’s Adv Dennis Fine said the pupils were not going to suffer any irreparable harm if they were required to rewrite the leaked papers.

“There is a very serious risk that they will not receive certificates on the finalisation of the investigation if it demonstrates that the leaked paper was not contained. The complaint that study books had already been returned to the schools is without merit because they can be recovered,” he said.

However Adv Etienne Ferreira, acting for some of the pupils, argued that the vast majority of pupils were innocent and they were going to perform poorly in rewriting. “In an attempt to protect the integrity of the examination the innocent learners will be punished further,” he said.

Sadtu’s Adv Wisani Sibuyi argued that the department could have stopped the writing of the mathematics paper as the leak was made known to it by 6am, or even replaced the paper.

AfriForum's senior counsel, Quintus Pelser, said the department  had other options to follow the leaked trail and if the irregularity was not caused by hundreds of thousands of pupils, then examination answer scripts should be marked and results must be released.

Representing independent pupils, Adv T. Strydom said the rewrite was not necessary considering the small impact of the leakage and the decision was irrational.

The matric pupils who briefly appeared in the North Gauteng High Court in an effort to stop a rewrite of the physical science and mathematics final ...
News
10 months ago

'Not rewriting exams could affect certification'

The department of basic education says should the decision to re-write the two leaked exam papers be set aside it will mean the certification of ...
News
10 months ago
Next Article