Hole dug in wall of cell 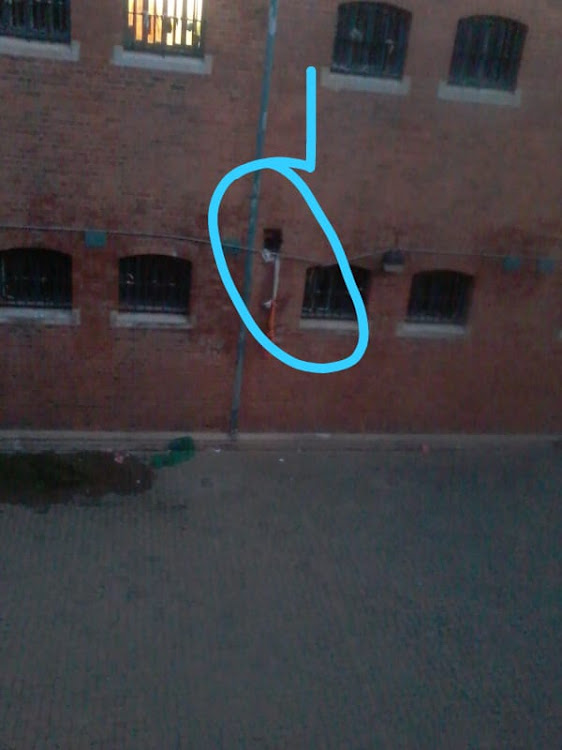 Two inmates broke out of Pretoria’s Kgosi Mampuru II Correctional Centre on Tuesday night by digging a hole in the wall of their cell.

Correctional services spokesperson Singabakho Nxumalo confirmed that they have launched a manhunt for the two sentenced inmates.

Thabo Zacharia Muyambo was serving a life sentence for 21 charges including rape, robbery and kidnapping while Johannes Chauke was serving 20 years for housebreaking offences.

Inmates who spoke to Sowetan on Wednesday morning confirmed that the escapees used a sharp object to dig a hole through the wall of their cell in A Section. The object is believed to have been stolen from the prison’s workshop.

“The prison officials found out about the escape this morning [Wednesday]. Right now all inmates in A Section are locked up. We think they will be conducting a search in that section again because it is compulsory to establish if more inmates escaped,” said an inmate.

Nxumalo said law enforcement officials were hot on the heels of the two escapees.

“The department has also initiated an internal investigation into this incident. Members of the public are urged to contact the nearest police station should they come into contact with them,” said Nxumalo

Massive manhunt under way for escaped prisoners in Malmesbury

A "massive manhunt" has been launched after awaiting-trial prisoners escaped from Malmesbury prison.
News
1 year ago

The Hawks have arrested a 40-year-old man from Whittlesea, Eastern Cape, for aiding and abetting four suspects who had escaped from custody.
News
2 years ago
Next Article